Get out your best derby hats!

These are historically two of the best teams in the country.   One might’ve hoped that at least one of the two would make a move up the table in the season’s second half.  Instead, Harbor and United are mired in 14th and 15th place.   Still, it’s the first ever Premier League Brendam Derby!

And since this isn’t England, they even pronounce “derby” right.  FA President Abban Clague:   “We couldn’t think of any other words right off  where an ‘e’ was pronounced with an ‘ahhh’ sound.  We’re not doing it.  Silly English tw**s.” 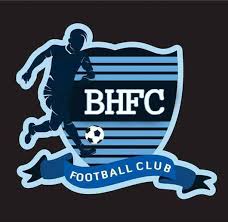 Brendam Harbor surprised no one in winning the inaugural Isle of Sodor FA Cup last summer.  Yet they’re perhaps the least-liked team on the Isle, as their success generally comes via hard-nosed, aggressive defense.  Such is  considered uncouth at best on Sodor.   Here in the first PL season, they’re giving up goals like most other clubs, but not scoring more themselves.

Some observers have told Noob they’re having an identity crisis.  They’re trying to play “nicer” and not continue to be painted as the “bad boys” of Sudric football as the League hopefully gains international exposure here starting out.

Brendam United, meanwhile, didn’t make it out of the Group Stage in the summer’s Cup.  They’re problem has been simple – they can’t score.  And if you can’t score on Sodor, you’re losing a lot.  Because almost everyone else is.

Neither team as earned a win in February.  Still, neither is in much seeming danger of being Relegated.   That said, if 18th-place Ulfstead can make a run, the Brendams would be two of five additional teams in the mix to get sent down to the Championship.

Match Prediction:  Cool, dry weather should make for pitch today that invites both sides to play with some real pace.  United are the designated home team, but since they share a pitch, no advantage there.  The Harbormen have show some occasional flashes of their big offense potential.

Oh, so now that the site’s format is IoS PL and some lampooned new stories, you think you can just predict matches without me?