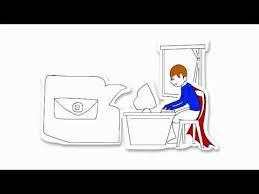 The Management and Noob have a years-long series of sports betting, giving each other games to pick.  The winner will get Unlimited Flapjacks.  The Management got sick of Noob offering him side bet games on soccer.  Eventually, he distracted Noob from this by daring him to write a blog on a sport he was intrigued by but knew nothing about.

Dislikes:   Having to call Noob on his b.s., particularly regarding Noob’s instance that Romanian club Voluntari are the Voltori vampires from the Twilight Saga.  Oh, and Swamp Cities and teams from Swamp Cities.

Noobstrdamus may or may not be a real person.  Some believe him to be an alter ego of Noob.  Regardless, his soccer prognostication gifts are unparalleled anywhere on earth.  Except when he’s wrong.

Dan is Noob’s solution to his own mediocre web research and image-producing deficiencies.  While he occasionally produces some A+ content adds, Dan is usually pictured hiding in his workspace after posting poor, non sequitur images in entries.

Dislikes:  being on fire