[The updated table is under the “More Noobishness” Pages.  Smexy link. ]

Feature matches from the weekend preview entries are in bold.  Saturday‘s saw #3 Peel Godred get a workmanlike win over #17 Ffarquhar.  The Double F couldn’t contend with Peel’s 5-2-2-1.  They had about half the possession, but couldn’t create chances on goal.  PG got four goals on counters.   This was Noob’s best prediction job yet.  So where will this leave them in the table?

The answer largely hinges on Dryaw’s home match with FA Cup champs (but #14) Brendam Harbor.  It looked like it would be a smooth, workmanlike win for Dryaw, who lead 5-1 at the half.   Brendam Harbor’s historic, pre-FA success was based in their aggressive (by Sudric standards) defense.  But with the advent of this Premier League, they’ve seemingly decided to try and shed some of their baddish-boy image and it hasn’t worked out.

The second half was a different story altogether!   It took the majority of the season, but they found the balance for which they’d been searching.  Slide tackles, in-your-chest D –but only when Dryaw were on the edge of creating chances in their offensive third or counters.  The Harbormen became more selective in those efforts, enabling them to concentrate on pushing the ball and creating themselves.   At the end of 90’+, it was 5-5.

Dryaw’s star – wingman and all-around nutjob Christopher Wilbertson – wasted no time keeping his team’s title chances of taking a major dent.  Just two minutes into extra time, the whirling dervish took a quick pass midfield.  He twisted past one defender, nutmegged a second, and beat the goalkeeper low to his right with a rocket.   Your final:   Dryaw 6-5 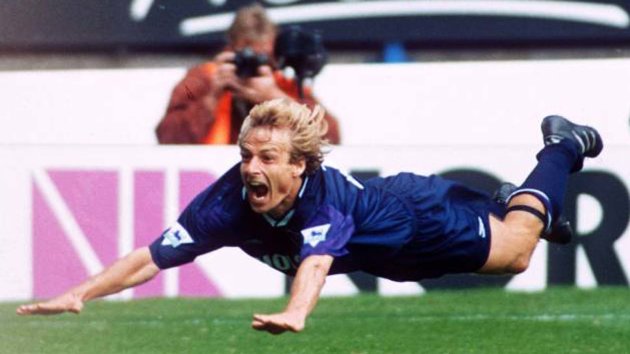 Will Wilbertson be available next week will be the interesting sidenote though.   Just like two weeks ago, he celebrated by trying to recreate the famous Klinsmann Dive.    This time, the wacko strained his neck pretty badly.

So now Dryaw lead both Knapford and Peel by four in the table.  With just eight matches to go, nothing is certain between these three.  Brendam Harbor are now in the thick of the Relegation Zone fight.  They’re now in 17th, one position and one point ahead of Ffarquhar.