Tomorrow, MLS will take over the American soccer spotlight for the most part.  Today, we get three more matches (and one spotlighted here) from our second division.

Matches from four federations make Noob’s “ten most important”.  Let’s start with the postseason here, bookend it with the top match from Isle of Sodor’s first-ever full slate of Premier League matches.

We Tracked Eastern Conference #6 Bethlehem’s opening round win, so we’re sticking with them for another feature game.  After upsetting intrastate rivals Pittsburgh Riverhounds, they get to travel to defending champions L’ville.

Noob liked Steel’s chances against the Small Ball-playing Riverhounds.  Probably not looking at a second road upset in a row, though.  LFC are well-balanced, too, and they were better on both ends of the field all season.  They finished #B in the East, only behind MLS-club-to-be Cinci.

Cruz Azul led the league for much of the Apertura (first half-season.  But they’ve slipped to #3 now, and needed penalty kicks to top lowly Leon in their recent Copa MX match.

Meanwhile, mighty CFA rounded into form fairly quickly after a rough early season start.   They’re a little better than their hosts today on defense and a lot better on offense.  And they’ve got all the momentum on their side, having not been beaten since August 22.  They trail Santos by just a point in the table, lead Cruz Azul by a point. 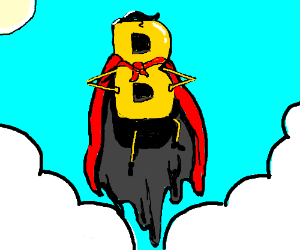 None of the EPL matchups today feature two teams near the top of the table.  This at least may be the most competitive matchup of the day.   That said, it likely won’t be pretty.

#9 Wolverhampton just Small Ball it – pack it in on D, keep the score low.  Perhaps Noob should not fault them overly for it, though.  They were just Promoted this year.   The idea might be to take any strategy necessary to stay high enough in the table to come back for a second straight year of EPL TV money, be more competitive next season.

Now here is a match that truly matters.  Brazil is South America’s top league and here are the top two clubs.

No one’s scored on #B Flamengo in four straight matches.  Saving a sleepy tie to start that streak, they’ve also scored either three or four times in each.   Until losing in the Copa Libertadores in their last outing, Palmeiras had won five consecutive games and not lost in nine.

No matter what happens today, these two should stay top three through the season.  (Internacional’s just as good and in 3rd.)  They both score in spades, so call ahead to your favorite watering hole and make sure they have GOL TV.   The match kicks off at 5:00 PM.

The Final!   But the final of what?

This tournament features champions from leagues the Asia federation considers to be from “developing football countries”.  They don’t get entrants into the Champions League.  Higher leagues get to send some non-champions as well.

AQAJ qualified by winning the Iraqi Premier league in 2016-17 and are the two-time defending champions of this event.  This single-match Final is being hosted in Iraq, though not at this team’s stadium.

I’m not quite sure how to handicap this one.  Neither country has clubs includes in footballdatabase.com’s Elo ratings.  It was be easy to call the Iraqi’s the heavy faves given their recent record in the event and that their league is nearly a top-tenner in Asia.  But they didn’t even win their Group Stage pod, advancing as runners-up.  Altyn Asyr won theirs.

Another Final!  This event is an annual, knockout tournament separate from the J-League and includes a couple teams from J2 League.

And congrats to Shonan Bellmare!   The match actually started “yesterday”, ending in the very early hours in America (EST).  They won 1-0.  Neither team is in the top half of the J-League standings.

It’s considered only the third-most important trophy in any given year, but the winner still gets a reward.  They get to play in the Suruga Bank Championship, a glorified friendly against the Copa Sudamericana (second-biggest international club tournament in South America) for a big pot of money. 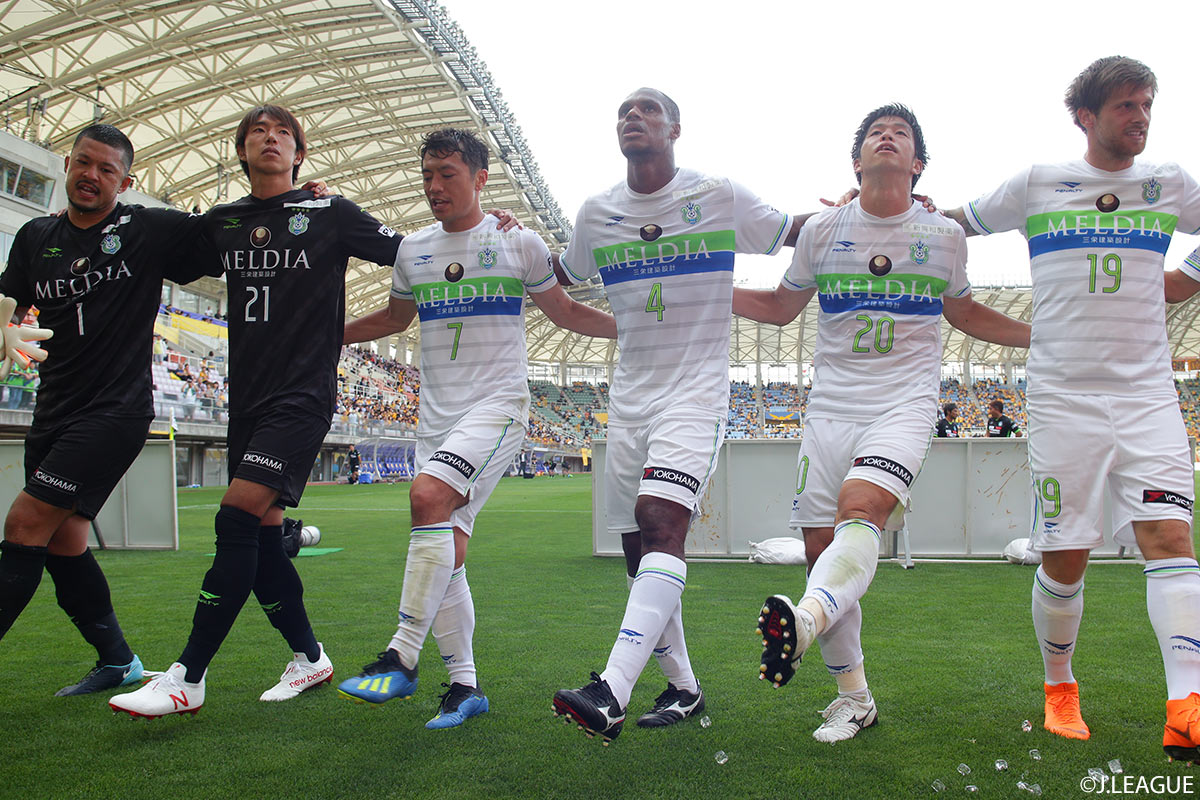 Did the Final include a kick-line like this second round match did?

Olimpia are in 1st and undefeated after 14 matches.   Why have you perhaps not heard of this?  Because seven of the matches ended in draws.  Quirky, though.

Real are just three points behind them, in 3rd.   They’re all offense, will look to push the pace hard.  They come extra CONCACAF-feinated.

Noob’s not sure about yet another Robin Hood movie.   Sure, I was bored by the Ridley Scott directed-version.  We all were.  Russel Crowe and co. were better acting than the Kevin Costner version, but had a worse script.

I mean, I’ll see it.  Jamie Foxx as Little John?  Noob’s buying a ticket.   Large and a large, no half-assing it on snacks, either. 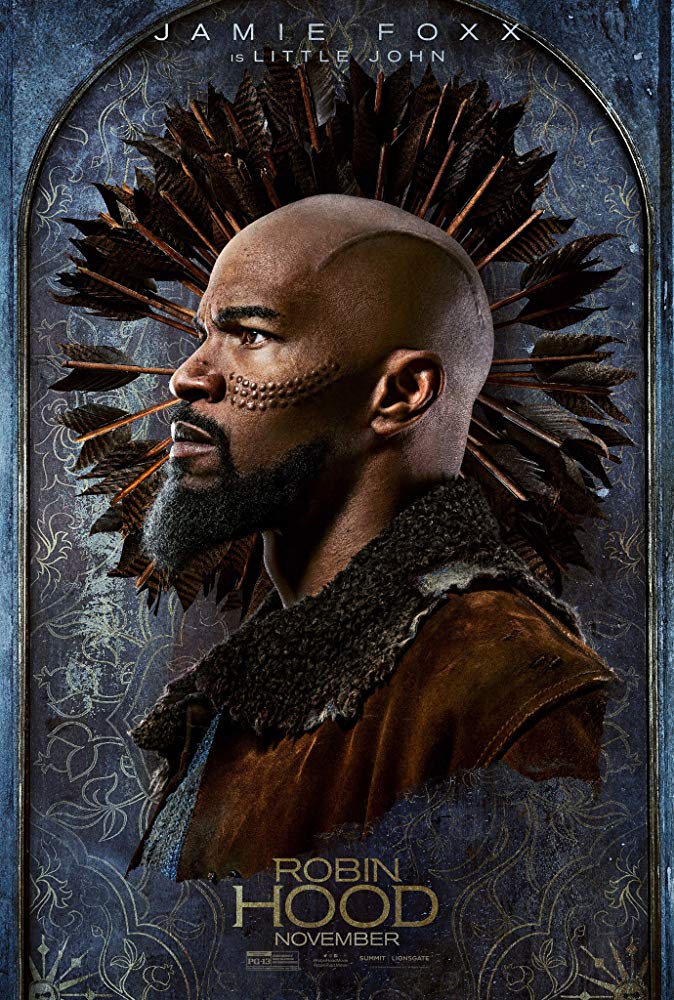 Noob’s not too shy to plead for patrons.

And back to Europe!   #1 versus #2, the two most traditional powers in the nation.  Maribor’s up five points and about to make it eight.   They play comparable defense and are in a league of their own when it comes to scoring.

This league they’re in is ranked #30 in Europe.  That means only the champs will qualify for Champions League.

Noob was on Sodor last week for the first match of the first-ever IoSPL season. I’m back stateside to see a friend in a production of “The Foreigner”. Since it seems no one else covers this non-FIFA country’s soccer, I hope I’ll still get timely news from a contact there over how this and the first full weekend slate of games go.
E.C.D. made the Semis of that first-ever Cup this summer. Their defense was surprising, especially in the Group Stage, where they only allowed one goal over the three matches. Defense is almost considered poor manners on Sodor, at least hard, aggressive D is. But who knows? The formal organization of the sport there may mean change.
Crovan’s Gate are a much smaller club and town (E.C.D. is from Vicarstown, which has two clubs). As opposed to E.C.D., this club was not initially slated to be a PL member. But they were the other Cup semifinalist and so have been rewarded by being preemptively promoted from the second division.
E.C.D. should be a heavy favorite. CG overachieved compared to their stats by getting to the Semis. You can see more particulars on the dedicated Page for that event that is part of this site. Front page, top right.

“The Foreigner” — which Noob will be as he spends most of the next few months on Sodor.