Make no mistake, playing to keep your club above the Relegation Line in a league can be about as important as playing for a title.  Let’s get to know some sad-sack teams before they are given the boot.

But first, a few matches that matter for less onerous reasons.

The top two clubs go to Champions League, and that race has been pretty much settled.  What isn’t decided is which will win the league crown.  AEK Athens is only two points out of 1st place.  Atromitos is 4th in the table, certain in their Europa League invite-status.

Noobstradamus is calling this one for the road “Two-Headed Eagle”, 1-2.  They’re a little better on both sides of the ball and have the motivation Atromitos won’t.

I’d like to think my choice in headwear makes me look quite delphic.

Despite Evergrande being listed first, this match is being played at Shenhua’s home stadium.

These two won the Chinese Super League and FA Cup, respectively.  Yet Shenhua only finished 11th in league play.  Evergrande should overpower them, though in essentially an exhibition match, anything can happen.

RESULT:   Evergrande 4-1     Congrats to the SuperCuppers!

This guy should be more excited to be sporting the Super Number B.

Fun Fact:  The shortest Scrabble-valid word one can make from MOLDOVA* is OVERGLAMORIZED.   Like this match!

Moreirense are last place in the table, but only two points behind the safety of third-to-last place.  Unfortunately for them, not only are Sporting much more talented, but they’re in 3rd.  Since only the top two make it to Champions League from Portugal, they will be looking to drop the hammer and net these vital three points.  (4:00 PM Eastern, GOL TV)

Fun Fact:   Moreira de Cónegos has all of maybe 5000 people. 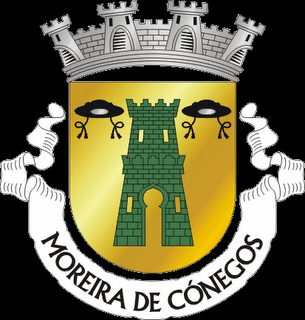 In this league the bottom 8 (of 14) clubs play in a Relegation Playout, meaning the losers will get booted down a league.

SonderjyskE actually have a positive goal differential, despite being in 9th place.   But they have a bad habit of losing three in a row roughly every other month.  Silkeborg’s negative GD and 10th place spot in the table is largely due to their horrific start to the season.   They’re one of the better teams in the league now.

Both these teams are bad, but Temperley has been lousy longer.  So in Argentina’s multi-year table for Relegation, they are the ones in the Drop Zone.

The Championship and Relegation Rounds now begin for this league.  The eight lowest regular season finishers now battle in their own table.  The bottom two will be automatically given the boot, while the next worst will play a Liga II team in another playoff.

These two finished in 11th and 8th place.   Noob sees no way they vampires of Voluntari will allow themselves to be Relegated when all is said and done.

The Management would like to apologize. – AGAIN – for Noob’s confusion about Twilight saga vampires being real.  And for mixing up Voluntari and Volturi.

This one should get ugly, and fast.  Plzen is #1.  VJ is second-to-last, lose by about a goal per game average.

Top six to Championship Round, bottom six to Relegation Round.  Three teams’ fates are still undetermined, and these are two.  Ruzomberok is in 6th, Nitra are two points behind.

It’s hard to say Nitra has the best defense in the league, though they’ve allowed the fewest goals.  They don’t score their own much, either.  The hosts today don’t score or give up much either, so this is probably a one-goal game, if that.

Ironi Akko (or Acre) is in last place.  MPT is in 8th.  There’s such a gap in the table between 6th and 7th that all the teams above and below are already mathematically determined to be going to the league Championship and Relegation Rounds, respectively.

Points now will still matter later though.  MPT should get the three today, as Akko gives up a whopping two goals per match.

Fun Fact:  Akko have been penalized two points in the table two different times this season.  Once was for contract violations, the other for fielding too many foreigners.