The biggest soccer weekend in the U.S. is here!   The MLS Cup Final is today at 4:00 PM ET (ESPN).  But that’s just one of the ten most important games for us, the newish American soccer fans, to be keenly aware of today.

Noob’s ready to span the globe, like a pair of pre-distressed size 18 bazillion-waist bluejeans.

The earth will shake over the glory and awe that is a rematch of last year’s MLS Cup Final!  Toronto hosted last year, but lost 4-5  in a penalty shootout following a 0-0 game

Toronto won the Western Conference regular season, the far tougher of MLS’ two.  The Sounders finished 2nd in the East.  Despite the tougher schedule, Toronto’s goal differential is nearly 3x that of Seattle’s.

Tenured Noobites already know Noob roots harder against Seattle than any other Amuricuhn club.  The first hardcore soccer fan I ever met was a douchebag university T.A.  And he was a bandwagon fan-loser to boot.  So, c’mon Canadia!

RESULT:   Toronto   2-0      This one could’ve easily been 5-0 by halftime!   Toronto pressed relentlessly, and Seattle was spread way too far apart to get anything going offensively.   Thank you, Canadia!

What this is:   This event features the six continental confederation champions, plus the top-flight league champion from the host country.

In the one-game opening round, host U.A.E.’s representative team beat Oceania’s Auckland City.  But all they earn is Noob’s deafening Urawa war-chant: “Gym-tan-sushi!”  (See the Vocab, Noob-style page if this is mysterious.)  Urawa’s league season is done, so they should be all-in for this tournament.

“Hi, I’m the Situation, of MTV’s former and soon-again Jersey Shore.  I show Noobites where the sushi goes!  Gym-tan-anything is my life.”

Noob’s not certain Burnley’s a team you want to actually watch play.  Their games have only seen 26 goals scored.  By comparison, league #1 Manchester City have by themselves scored 46.  But watchability and Track-worthy are not the same thing.

Inter Milan is how this team is most known outside Italy.  You will see them referred to by monikers such as simply “Inter” or “Internazionale” about as often.  “FC Internazionale Milano” is the full, official name.  But lots of clubs have long and longer names no one really uses.

When Noob first started paying attention to the global game, Juve’s success was as a defensive stalwart.   Now they’re the league’s offense-powerhouse.  Here they host #1 Inter.  Only two points separate them in the table. Noob realizes that to folk who follow football much, one merely need say or write “Bundesliga”.  But we are Noob and Noobite, and here we also occasionally feature matches from Austria’s league of the same name.  Let’s err on this side of things.

So, is M’Gladbach’s mettle stronger than most teams’, or is their success so far all smoke and mirrors?  They’re in 4th place somehow with a negative goal differential.  Winning close, losing big.  3rd place-Schalke will be a severe test.  And every point’s counting here.  Only five points separate 2nd and 9th in the table!

This league is more officially “The Primer Division”, but “La Liga” is used more colloquially.  Noob’s usually used the former, so this this is a small change.

Real Madrid are the two-time defending UEFA Champions League winners, and won this league last year.  4th place isn’t precisely crisis mode for them, and they haven’t lost a league match since September.  Yet here they are, tied with Sevilla in the table for the league’s final 2017-18 Champions League slot.

RESULT:   Real Madrid   5-0      Someone must’ve said something to Cristiano Ronaldo about his mom.   He ad two of the five -first half- goals. 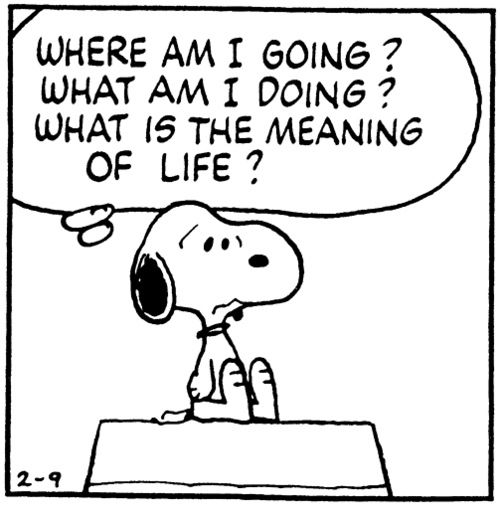 Real Madrid answers your existential crisis-question with “Get to Champions League.”

The final!!  They’ll play this one at a neutral site- Mendoza.  Tucuman’s defense has been good throughout this event, but defending titlist River Plate have been utterly dominant.  But about a dozen games into their league season, these two are both mid-pack.  “The Millionaires” may not have an easy time hoisting the trophy today.

Another final!  Whichever of these two takes this Clausura (second half-season) title will play the Apertura (first half-season) winner in “The Serie Final” to decide the overall season’s champion.

Mineros won the first leg (match) of this two-legged tie (two-game series) 1-0.  Lara hosts the second match today.  These two finished 1st and 2nd in the Clausura regular season, so this should be the finish fans wanted.

RESULT:   Lara   1-0   With the aggregate being 1-1 after both matches, Lara went on to win a peanlty shootout for the title!

Forgive Noob’s repetitiveness.   The focus here will always lie heavier on the newish American fan.  The hope is that there are always fresh eyes on this humble site, so I’m erring on the side of over- and reexplaining/defining things.

CECAFA is an association of east and central African teams.   That said, not all the teams in this event will fall under that geographical umbrella.  They’ll invite whomever they feel like.   This tournament is a nine-team affair, with no bearing on other leagues or tournaments – a standalone.

They’ve played two games each.  The top two from this five-team Group and the other four-team Group will all advance to the next Round.  These two are in 1st and 2nd here in the Group Stage.  Zanzibar has the most goals, Kenya has allowed none.  Rock, hard place.

The longer name for this one is the EAFF E-1 Football Championship.   Guy’s, Noob freelance editing price is lower than you would believe.  Let’s chop it off.

This tournament – hosted in Japan – is in its final stage, with four teams remaining.  It’s Group-style, not bracketed Knockout.  They’ll all play each other, accumulating table points.   FIFA ranks these two at #55 and #114 respectively.

Noobstradamus had a vision about this result, but he’s keeping it to himself.  No telling these days what could cause an international incident.