Propers out to The Baltimore Kings, a non-league independent pro team that is following Noob at soccernoobUSA on the Twitter box.   We’re excited you have found us, and hope you find getting a daily fix of the filtered “ten best soccer games for the newish American fan” (and other features) dreamy and satisfying.

To that end, let’s dig into Sunday’s best!

The top five EPL teams qualify for a Euro League (Champions, Europa).  These two are just barely outside-looking-in.  7th hosts 6th.   Arsenal is simply putrid on the road, so maybe the host Clarets can climb on notch on the ladder.   That’s fine, Arsenal, you can let Noob motivate you to victory.  Swag?   RESULT:   0-1

B.  Valencia vs. Barcelona – Spanish Premier

Valencia’s like the girl at the ten-year high school reunion who traded braces and some excess weight for a sense of style.  “Is that really you?  I can’t believe it.  You just look so different – I mean, uhm, you look great, you look sooo great!”

She may have been just 12th place last year, but she’s in 2nd place now and she’s not dancing with the likes of YOU.  Besides, did you forget you’re married with two kids already?   You became a bit of a creep.   Geez.  BUT!

She’s about to have a catfight on the dance/gym floor with the homecoming queen from back in the day, #1 Barcelona.  Her husband’s a bank veep, she’s a high-end realtor herself, and she didn’t need to get a rental car – already has a sweet ride.   Catfights never end in draws in real life.   RESULT:   1-1

The Liguilla (postseason) opening round continues!   The first leg ended in a scoreless draw.   Oddly, #3 seed America was much better on the road than at home this year.  #6 Cruz Azul was more consistent, so Noobstradamus putting this match on an informal Upset Watch.   Or Noob might end up Informally Upset.  What a crazypants rule.   If the aggregate is tied after both matches, the higher-seeded team advances.   America advances in underwhelming fashion.   RESULT:   0-0

Others be hating, I be prognosticating.

Two games to go in the league season.  Flamengo is in 6th, in line for a Copa Libertadores berth next year, for the moment.  The standings are tight enough that it’s not guaranteed.  Santos is in 4th, and they will be in CL 2018.  RESULT:   Santos   1-2

How is Salzburg not in 1st?   Nothing wrong with 2nd place, of course.  But their goal differential (23) is larger than all the other GD’s in their league combined.  Most of their scoring as been done at home though, so 3rd place RV may well be able to hold serve.   The Wiinged Ones survive.   RESULT:   Salzburg   2-3

Qarabag have to be glad to be getting focused again on league play.  They made the Group Stage in Champions League, but they return bloodied, bruised and eliminated.   They lead this league, if just.  Zira is in 3rd and only one point back.   RESULT:   Qarabag   2-3

The Final!   This is the second leg.   League-plodder Shenhua won the first match 1-0.   It may be a very different tale on league power SIPG’s pitch though.   Not different enough.  Despite losing this match and the aggregate score being tied, Shenhua wins the title!  Away-goals tiebreaker.   Hail to the Cup champs!   RESULT:   3-2 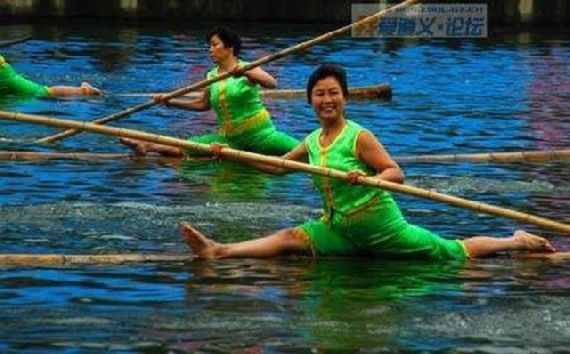 Motherwell is listed at the home team for this technically-neutral site game.  It’s being held at Hampden Park – Scotland’s national football venue.  Celtic doesn’t play their league matches there, but they and it are in Glasgow.   Celtic lead the league and should be heavy favorites against the middling “Steelmen”.   RESULT:   Celtic   0-2

At #156, New Caledonia are actually the 4th-ranked team in the entire Oceania Football Confederation!  Estonia is only the 38th-best national team in Europe, FIFA rank #84.   The Estonian fellows must’ve done something special to earn a trip to this little slice of paradise.  It’s sunny and 73 degrees today.   RESULT:   1-1

Been a while, ladies!   Did you get to go on the vacay?