Man City leads 5-0 after their first match in this two-legged Round of 32 tie.  But they’re our cousins, so the English game gets top billing here.

Noob was just surprised to learn that the women’s top English league for the women isn’t named “Premiere” like the men’s.  Instead, it is the FA WSL – Football Association Women’s Super League.  As new as Noob is on the soccer scene in general, I am so much more so on the ladies’ side.   The Man Ladies advance!   RESULT:   Man City   2-1

Czech side Sparta Prague just got knocked out this round.  Can Slavia Prague carry the national torch forward?   They won the first match 2-1 over the Icelanders.   Czech, please!   RESULT:   0-0

The First Round Proper rumbles on through the “replays”.   When one of these one-off matches ends in a tie, they don’t settle things with penalty kicks.  Instead, they play the match over at the other team’s home site.

These two drew 1-1 in their first scuffle.   As noted then, this is a guaranteed minnow advancement game!   Both play in the Isthmian League, the seventh tier in English soccer.   Look for the more-storied hosts to get it done here.   RESULT:   Leatherhead   1-3 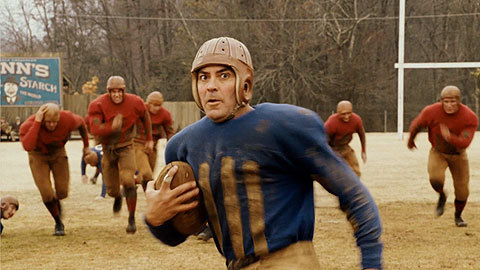 Yes, we were surprised you were thought young enough for that role in “Leatherheads”, too, Clooney.

It really goes by the name Taca de Portugal.   That means Cup, not taco.   Noob would play for a taco.

Anyway!  This is the Fourth Round, where 32 teams remain.   Famalicao is in 8th place in tier-two LigaPro.  Impressive, considering they were just promoted last season.  But they didn’t get a lucky draw, having to play one of the three historical powerhouses, and on the road to boot.   RESULT:   Sporting   2-0

Now, time for a bunch of Brazilians.

Botafogo is in 6th place with just a few games to go.  This slot gets a birth into the second round of next year’s Copa Libertadores.   If they can maybe climb even one spot higher, they can earn a bye into the Group Stage.  Bottom-rung Goianiense shouldn’t be able to do much to stop them.   Upset!      RESULT:   Goianiense   1-2

Palmeiras is in better shape in 3rd place.  Sport Club do Recife hangs out with Goianiense in the standings.   RESULT:   Palmeiras   5-1

10th hosts 4th place here.   Enough games remain that Santos isn’t yet guaranteed a Libertadores berth, but they can’t do worse than one for the Copa Sudamericana (think Europa League).  Bahia’s in line for the latter.   RESULT:   Bahia   3-1

15th hosts 7th here.   In fact, the visitors are tied for 7th with Vasco de Gama, though ahead by a lot on goal differential.  They’re vying for the very last slot for Copa Libertadores.   Upset!   RESULT:   Cortiba   1-0

Another bunch of Brazilians.   Our advertisers thank you for stopping by, gals.

The home side are already running away with the league just over a dozen games in.  Sileks sits in 3rd.

Shkendia’s supporters (Ballistet) are named for an anticommunist resistance movement from WWII times.  They are fiercely proud of their Albanian heritage, singing that nation’s anthem right as each game starts.   RESULT:   Shkendija   0-2 Football is some scary shite some places.

Sudan – don’t you quit on it, Noobites!   When other leagues just aren’t offering any or as many (good) games, we can always count on Sudan’s top league.   These two are in 3rd and 4th place.  The season there is about done, sadly for us.  Neither of these teams can catch up with the top two.   And they gives entertaining football to boot!   RESULT:   Shendi   4-5