UEFA World Cup qualifying is in it’s Second (and final) Round.   UEFA has four World Cup slots left to fill, and they’re down to eight teams.  Teams in this round were eight out of nine best 2nd place finishers in their Groups during the Group Stage.

The seeding draw for this round was -not- based on their records in that Group Stage.  Instead, UEFA uses a ranking system that is broader.   The top four ranked teams were placed in one Pot, lesser four in the other Pot.   Now each pair of teams matched will play a two-legged tie (two matches, home and away).

#18 plays host to #47 in this first leg.  Greece is the lowest-ranked team left alive.  Yet based on the Group Stage results, this seems like a very even matchup.

Noobstraamus has had a vision for this match.   He saw the rotting Python slain by Apollo.   The sickly-sweet smell was overwhelming.   The snake started to wriggle, then writhe in a gale force wind!   The serpent was blown into a spinning circle in the clouds, and the circle exploded!   In it’s place, the shining form of yogurt-gorging John Stamos. Fine, John…um….1-3 Greece victory predicted – just cover up that ghastly void, for the love of Noob!

They’re down to the Round of 16.  The host is Lillestrom women’s team (Norway).  They’re playing two-legged ties.

Based on Women’s Cup rankings (thank you, Eurotopfoot.com), #40 is hosting #19.   Noob is not convinced there’s much parity on the women’s side of football, so this feels like a substantial gulf.  Looking forward to event results, seeing if I’m right.   Right.  *nod*    RESULT:   Man City   0-5 Now where did that naughty Staffer Dan-o go….

#39 hosts #12 here.  The home Icelanders went undefeated in the Group Stage, and beat their Russian foe handily in the Round of 32.   S.P. qualified to enter the competition at the Round of 32, dismantled the Belarussian side.   RESULT:   Prague   1-2 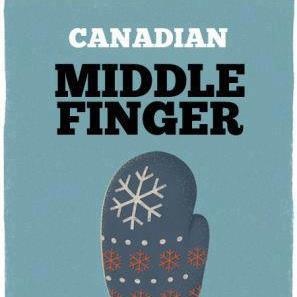 Monterrey has won four matches in a row, between Liga and Copa, until losing to lowly BUAP on the road.  They should be anxious to set things right, as UANL has nearly chased them down for the #1 seed in the upcoming Liguilla.    RESULT:   1-1

Perhaps this is a literal consolation match for teams that nearly and should’ve qualified for the World Cup and didn’t.   And still more Scottish sadness.   RESULT:   Netherlands   0-1 Luxembourg actually won a game in the Group Stage of UEFA WCQ.  Not bad, given that it’s only about the size of Rhode Island.   Hail, fighting…Luxems!   RESULT:   Luxembourg   2-1