Welcome to another exiting edition of D-Twosday Interviews!  The USL playoffs are in full swing, and Noob is so excited, he accidentally murdered the Man in the Yellow hat in the parking lot of a church during ‘trunk or treat’ Halloween festivities. 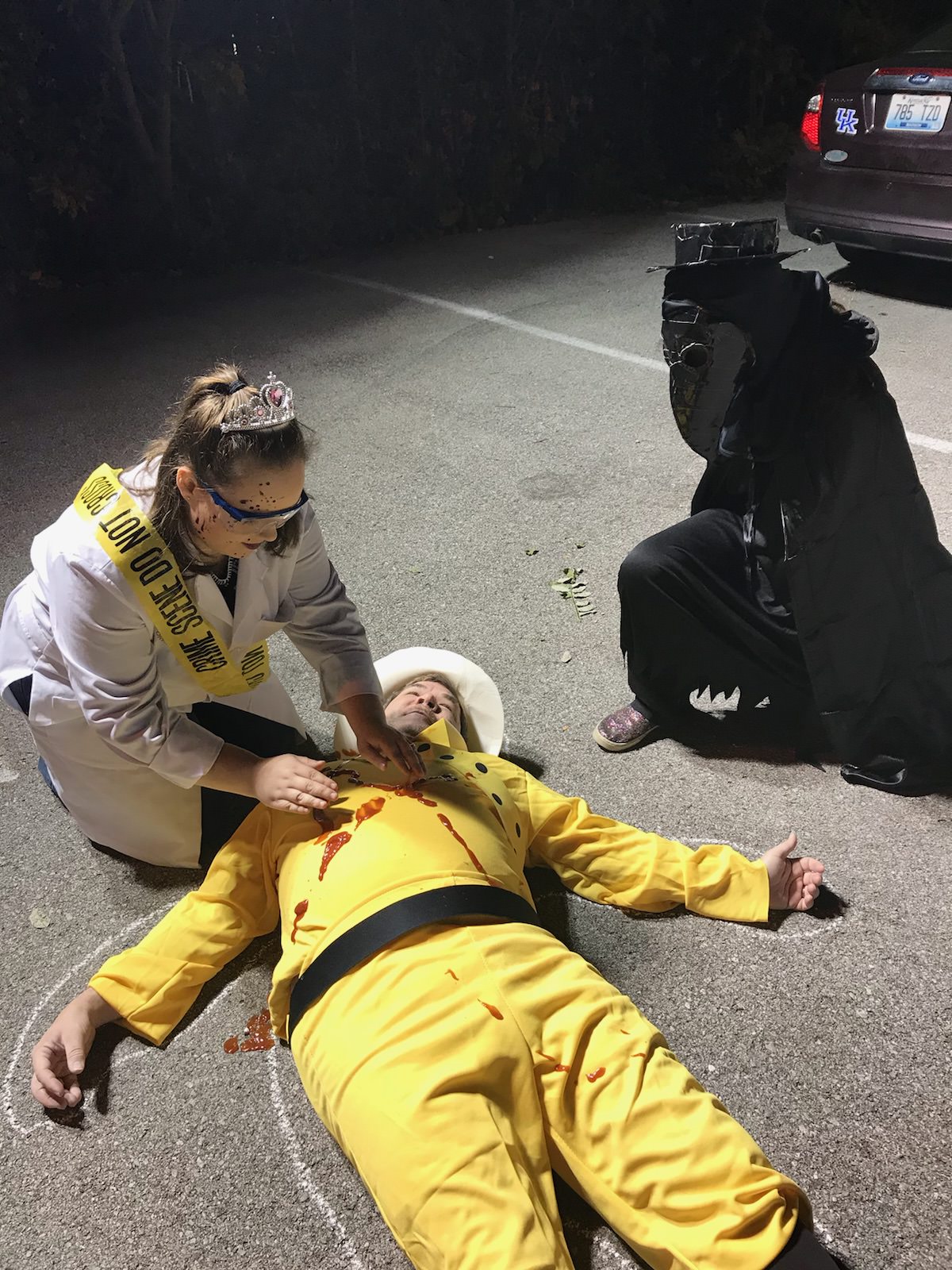 It wasn’t the monkey, Dexter-girl.  It was that Noob!  *deathrattle*

“But, Noob, umm…that makes no sense.”

Pshaw.  If you think sense is part of the formula here, check out the archive of Interviews via the link near top right of the site.  But first, let’s meet our newest pal – the very excited President of the Oklahoma City Energy’s biggest fan support club, The Grid!

Noob:  Glad to have you on, Joseph Pugh.

Noob:  Are you holding a TV up to your ear, President Pugh?

Joseph Pugh:  Hahahahaha no.   I have you on speaker phone, and I can see me on the camera feature, so this has to be tv – WOOOOOOOOO!

Noob:  What if I told you this is just a phone interview?

Joseph Pugh:  Then I’d hang up and go be on tv by myself.

Noob:  Glad you could join us for this happenin’ tv interview!

Joseph Pugh:   Must be a bad tv connection.  I thought Nooner was pretty funny.

Noob:  If you’ll keep the all caps-WOO-ing to no more than once every couple answers here, you can call me Nooner.

Noob:  Congrats on the team’s success and your role in it as the leader if The Grid.

Joseph Pugh:  Thanks, Nooner!.  Energy fans – Greens! Remember, if you can’t make the game on the 4th to get to the watch party at the B-Dubs on the NW side.

Noob:  And I love that your side defeated Salt Lake.

Noob:  I know, right?   Noob’s been preaching about nothing royal in this country.   WOOO!

Joseph Pugh:   That’s a mighty fine WOO you got there for starting out, Nooner.

Noob:  You’re too kind.  Tell me about some highlights of being in The Grid.

Noob:  That seems kind of penis-y.

Joseph Pugh:  The old favorite was one for an old NASL team, OKC Rayo.  [to tune of “You Are My Sunshine”]  “You come from Yukon.  You play in Yukon.  Why does your logo say OKC?  You’ll never know just how much we hate you.  Now please eff off and go your own way.”  WOOOO!

Noob:  The ‘please’ really classes it up.

Joseph Pugh:  I think it was our chant that ultimately led them to fold in 2016.

Noob:  Inarguably.  You fellas don’t like to drink, do ya’?

Joseph Pugh:  Anthem Brewing gives us a keg for every tailgate, and people only have to bring canned goods to get a drinkin’ cup.

Noob:  Where do you drink?

Joseph Pugh:   Oh.  I see where you wanted to take this.

Noob:   From the The Grid website, “We need to be great neighbors, and the fact that Taft Middle School provides the backdrop to our epic tailgates…”

Joseph Pugh:  I’d take the time to be ashamed, but I’m heading straight from my first tv interview here to San Antonio for the next playoff round.”   WOOOOO NOONER!!

Noob:  Be safe on the road, President Pugh.  And try to remember that even some parts of Texas have open container laws.”

And there you have it.  That look into the world of Division Two Soccer life was philosophical and enrapturing.   Thank you, Noonerites, for joining in on D-Twosday!