Time for another Globetrotting Friday!  Since much of Amuricuh may soon need passports just for domestic flights, why not get a head start!  Since Friday’s are always light on “big leagues” matches, let’s pack our bags and jet out to smaller, less-heralded nation’s soccer leagues.

Liga MX relegation uses a metric from the previous three seasons to determine which one team gets Relegated annually.  Neither of these two is on the chopping block right now.  But they need every win they can when playing matches where they have a real shot.   Puebla to 14th, UNAM to last.  RESULT:   Puebla   3-0

Sheffield United is currently tied for 2nd place, one of the two spots that guarantee’s promotion to Premier League at year’s end.  Leeds is in 4th, and 3rd-7th play a mini-tournament after the regular season to determine which also gets to move up.   Sheffield United to 1st!  Leeds remains in 4th.   RESULT:   Sheffield Utd.   1-2

And now, prepare for an avalanche of frequent flyer miles!  Jennifer Garner, you and your dad are both invited.

Welcome back into Noob’s life, you sultry double-i league, you!  5th hosts 2nd.  The league season is all but over.  The only mystery is whether Levadia can catch Flora for 1st place the 2019 Champions League berth.

Russia nearly decided to build a uranium processing plant there in the 1940’s, as it is on the extreme eastern border of Estonia.   RESULT:   0-0

Last year’s 7th and 14th place sides face off here at the start of the new season.

In Bobo-Dioulasso, there is a sacred pond called Dafra.  People make pilgrimage to it, where they make offerings which get eaten by the giant catfish there.   RESULT:   0-0 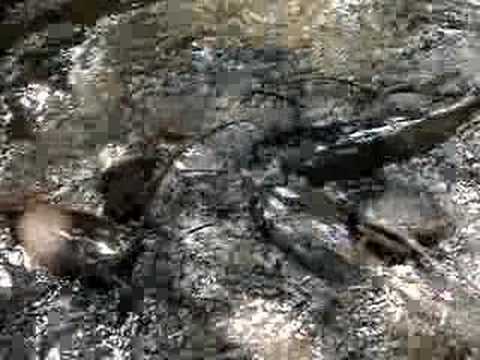 6th vs. 5th.  Bujumbura, home to Vital’O FC, is also home to the second-deepest lake in the world.  Lake Tanganyika.  They ship enough coffee out of there to make even a Red Bull addict jealous.   RESULT:   Vital’O   1-0

There’s only about four games remaining in this top-flight league.  They only play 18.  As might be expected, that means the standings are still really tight at the top.  National Defense is in 4th, yet just four points out of 1st.

CMAC, meanwhile, has some work to do to get out of second-to-last and avoid Relegation.  They are from the small province and town of Kampong Chhnang, which translates to “port of pottery”.   More like “port of goal poverty”.   RESULT:   National Defense   0-7

Chinese Taipei if one prefers.  Noob doesn’t play Asian politics.  Or even mahjong.  These two are in 4th and 5th respectively.  National Taiwan University of Physical Education and Sport is the full name, a college that specializes in sports.   RESULT:   0-0

Even without Noob being able to translate, that appears a quality crest

It’s really early in this league’s season.  And that pun wasn’t even intended, be as it may that Guam is the American territory with the earliest time zone.

Some teams have played two and others four games.  This match pits 2nd vs. 7th place, but those numbers may not mean much yet.  Noob -thinks- IDL stands for Isla de something, not international dateline.   Took a few days, but a result finally was available.   RESULT:   IDL   6-1

It’s the last game of the Torneo Finalizacion – the second half-season of the year.  These two are tied for 1st place, the hosts leading by just three goals differential.  This is not for the true Title though, but rather for seeding in the bracketed Knockout tournament to follow.  The winner of that and the Torneo Apertura postseason tournament will then face off.

Barranquilla is incredibly well known for its annual four-day pre-Ash Wednesday festival.  Cumbia music in Latin America owes much of its popularity to this city.  And this guy!  Enjoy some as you venture out into more interwebs things.   RESULT:   Barranquilla   2-0