Back to Group Stage of UEFA’s second-best tournament – Europa!  There are 12 Groups of four, all playing each other home and away.  Top two in each group advance to the Knockout Stage.  This stage is only two games in.

Noob selected the most important matches to Track based on the -current- Groups’ standings, not simply the biggest names.   And there are big names.  And the winner of the whole shebang gets automatic entry in next year’s Champions League.  Second-best tournament?  Still HYOOJ.

Still, big names are big!   These two biggies will advance.  They’re already each six points up on the other two in their Group.  Finishing 1st versus 2nd place matters for the draw for the Knockout Stage, so these sides won’t just be sitting back for a nil-nil affair.

Nice has struggled in-league this season, but not Lazio.  Noobstradamus had a vision of Tom Hanks as a symbologist saving the Vatican from getting all blow’ed up as is certain it means a road win for Lazio.   (Or did The DaVinci Code simply pop up on one of my streaming service menus?…)   For a change, Noob success!   RESULT:   Lazio   1-3

Arsenal’s going to win this group.  That said, any result for Serbian Red Star would be important.  FC Cologne is in there group and they’re beyond awful.  And Belarussian BATE Borisov  isn’t likely to suddenly start banging out a streak of wins.   Red Star drops to third.  RESULT:   0-1   Arsenal Noob can’t put his finger on why this is so perfect.  But it is.

Each is up three points on the other two in the Group currently.   But this bunch doesn’t appear to have anyone that would run away with 1st or fall woefully behind everyone else.  Still, it’s hard to imagine a La Liga side not beating the Czechs by a couple goals in Spain.   Noob needs more imagination.   RESULT:   2-2

The Ukrainians have already managed some distance from 2nd place Young Boys of Bern.  And they rate surprisingly-to-Noob high on the international club ranking source I frequent.  Yet this has felt in recent months like the Year of the Swiss.  This will be a fun matchup and a dynamite Group to follow.   RESULT:   2-2 Group C is going to be a treat.  Braga leads, though Portuguese teams haven’t been terribly successfully internationally of late.  The visiting 2md place Belarussians are quite good.  Better on paper, in fact.  Throw in a German Bundesliga team and even a perennial Turkish power, and that’s a spicy recipe.   The Bulgarian Eagles vault into 1st!   RESULT:   Ludogorets  0-2

This Group isn’t quite so impressive.  If AC Milan can get three points at home, they may have little to worry about.  If they don’t, Noob actually thinks it’s currently -last-place Croatian side Rijeka that could get hot and in the mix.   But Rijeka gains two points on them both with their win.   RESULT:   0-0 It’s the final!!  Winner gets into the 2018 CONCACAF Champions League.   They each got past a Panamanian side in their semifinal.  The Costa Rican hosts of this first leg squeaked by theirs.  SdG laid waste to their opponent.

Surabaya is #1 and Makassar #4.   This league is heading into its final few games and the gap between the top and -5th– is just six points.  These two don’t regularly blow teams out on offense, so this should be a tight affair.   And so things get even tighter.  Surabaya is now just one point up on the two teams tied for 2nd.  One of those is now Makassar.   RESULT:   Makassar   0-2 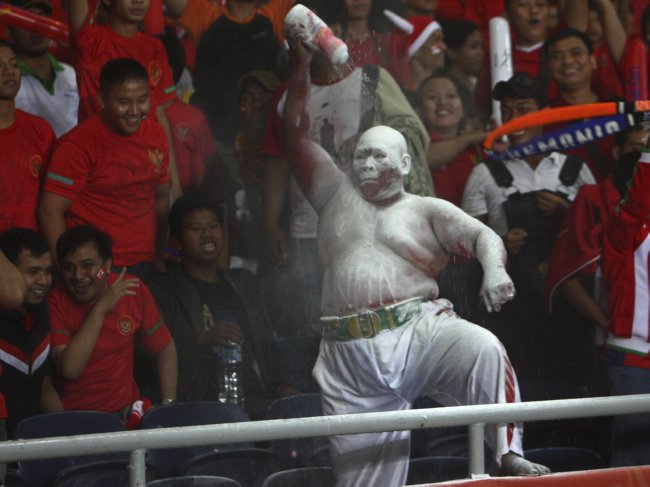