12th hosts 10th in the only EPL game listed for this date.

Fun fact: 2003-04 marks the only time in league history any EPL team went undefeated. Arsenal went 26-12-0. Noob thinks it’s interesting they only happened to score more than four goals once in a season they dominated.    RESULT:   Arsenal  2-0

9th vs. 7th is enough to get Noob’s attention on a Monday. The Spanish Premier will probably send six teams to European Leagues (CL, Europa), so Levante is in fair shape. That’s pretty sharp for a team that just won the Segunda B a year ago.    RESULT:  Real Betis  4-0

Estudiantes is a name you will see a lot, Noobites. Argentina is one of the powerhouse countries of South America (along with Brazil), and Estudiantes are the best team outside the league’s historically “great five” clubs. 3rd hosts 7th here.    Upset!    RESULT:   San Lorenzo  1-3

SWARAJ is the longest Scrabble-valid word ending in J in North American (minus Mexico) play. All caps denotes validity, but if an asterisk follows it’s a phony. A # after a word means it’s valid, but only in England and much of rest of the world, which use the Collins – or international English- dictionary. Noob’s full of surprises, interests. 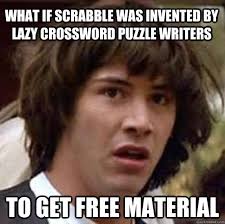 Noob hasn’t had much reason to pay attention to this league. Cork’s been cutting through it like a chainsaw through butter. But they’re only actually playing good football in recent weeks, not great. Dundalk isn’t likely to catch them by season’s end, but they’re in 2nd. And they won the country’s FA Cup.    RESULT:   1-1

And so our football education continues! CSKA-Sofia and Ludogorets Razgrad are likely the only teams I’ve ever mentioned from this nation. These two are in 4th and 5th place respectively.

Beroe is actually an ancient name for the modern city of Stara Zagora. Christian history buffs will notice not similarity to the name “Berea”. Not a coincidence.    RESULT:   0-0 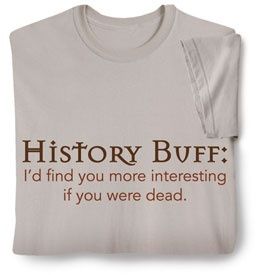 T-shirt not for sale at the Creation Museum.

To Cyprus! They’re not even five games into their current season, an arbitrary benchmark Noob typically adheres to for looking at standings. Until then, I revert to the previous season’s table (standings) and scout games involving teams from the top of it. 1st hosts 5th here.    RESULT: Anorthosis   2-0

On light days like Mondays and Fridays, Noob goes globetrotting to find games form unheralded leagues. But you have our attention Sudan! For all your nations’s faults, your soccer league seems to put on more matches on more weekdays than any Noob’s found. 4th hosts 3rd place.  RESULT:  Shandi  1-0 What made you think Noob was leaving you, Sudan soccer?  Wait wait wait, what the cuss kind of animal is that…