Six teams are vying for three WC slots, and so this single grouping is called “The Hex” (or hexagonal).

The USA sits in 3rd place. Winning the group outright was perhaps never a serious consideration because Mexico is Mexico. But Costa Rica is in 2nd place and this is the country Amuricuh needs to pass. Panama lurks a single point los estados unidos.

B. Mexico vs. Panama – CONCACAF WCQ

And so Amuricuh is probably silently rooting for Mexico. Except Mexican-Americans. They’ll be far more open in their support. Don’t harass Noob.

Go after this girl instead.

Germany has outscored its opponents 27-1 in this group. The Czechs are have only cashed in nine goals, though are in 3rd place. Noob is something of a Euro-mutt as far as ancestry, but is plenty Czech, so gofightwin! Or at least don’t crap the bed.

The Poles have yet to lose this round. Denmark is tied with surprising-to-Noob Montenegro for 2nd. No need to apologize, headless and armless guy.  We don’t think you’re in the dating pool really.

Noob cannot love either team, since I have to type five characters deep to differentiate between the two with cntrl-F searches. They are in 2nd and 3rd place respectively, and England isn’t putting tons of space between themselves and these.

[copied and ediited* from previous T2T]

It’s very simple in Africa in this the third and final round of their qualification event. 2o teams remain alive, divided into five pods of four. Winners go to the WC. All others are done.

These two play twice in five days. Nigeria leads by four points after just two games in the group. Cameroon ought to be every bit as good, but cannot afford a loss and probably needs at least one win to hold out hope for a WC slot.

Cape Verde is pretty fair in recent years, but sits in last this go-round. South Africa is tied for 1st in the group with Burkina Faso.

Guinea and Libya stink out loud, so this group will be decided by these two. Star Wars stuff was shot in Tunisia, so the Noober is kinda diggin’ the home team. Not full Adoption though. Tunisia:  “This is why we can’t have nice things!”

Here stand the last two teams (of only 11 or 12) from Oceania. They play a two-legged tie for an inter-confederation playoff spot. No auto-qualification into the WC for this bunch.

Noob had to break the pattern of WC quals. Round of 16. Coquimbe is fun to say. Put the emphasis on any syllable. Stretch it out. Become a fan. 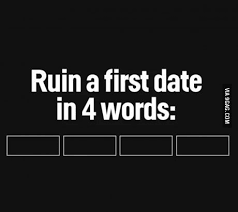