It seems few if any league’s out there do something analogous to NFL Monday Night Football.  And so achtung!  Without big league matchups of note, most of today’s T2T we will spend getting to know a little about some of our cousin England’s teams and towns of the National Division.

It’s defined in Noob’s new Vocab page, but here’s the skinny:   This is the 5th level of football in the league system. There’s the Premiere League, then the Football League – which houses the next three leagues/levels of play.  Then there’s The National League System, which oversees almost 90 leagues.  These guys are the top of that.  Teams from here can be promoted into League Two, the 4th level in the league system.

Bromley is a district in southeast London. The population is maybe 75,000. The home ground of the Ravens or Lilywhites” seats 1300, but has a total capacity of 5000.

Bromley and Sutton are 4th and 2nd place respectively in the early season league standings.

Maidenhead is in Berkshire County, with a population of maybe 75000. The Magpie’s home ground of York Road seats 550 with a capacity of 4000. It is longest-continuously-used ground by one club in English history. They are only a semi-professional club.

Maidenhead and Leyton Orient are in 9th and 8th place respectively.

Eastleigh is in Berkshire Bounty, with a population of maybe 30,000. The Spitfires’ home ground seats 2700 and has a total capacity of almost 5200.

Eastleigh and Aldershot are in 10th and 5th place respectively.

Dover is in Kent County and has a population of over 31000. It sits at the narrowest point of the English Channel. The Whites’ home ground seats over 1000 and has a total capacity of over 5700.

Dover an Ebbsfleet are in 7th and 12th place respectively.

Borehamwood – as the town is now spelled as one word – is in Heretford County, a commuter town of London’s with a population of about 31,000. The Wood’s home ground seats 1700, with a total capacity of 4500.

Boreham Wood and Wrexham are in 3rd and 11th place respectively.

Noob is not convinced the young saxophonist was cast based in her New Jack Swing stylings, ability…

Gateshead is in Tyne and Wear County and has a population of over 120,000. The Heed’s home ground holds close to 12,000.  Heed….maybe just re-spelling of Head?  I found it in singular form regarding the club.

Gateshead and Halifax are in 6th and 13th place respectively.

Maidstone and D&R are in 14th and 1st place respectively.

AFC Fylde is based in the town of Wesham is in Lancashire County. The town has a population of maybe 3500, but the Borough of Fylde has more like 78000. The Coasters; home ground holds 7000.

Fylde and Barrow are in 17th and 16th place respectively.

Sheikh Jamal and Brothers Union are in 3r and 4th place respectively. S.J. Is known as “The Yellow Fear”, presumably because for the last season or two their yellow home kits have been made by a company named “Yellow”. Sounds more like a bile-inducing sickness. Go, B.U. Take two, root for Brothers Union, and call Noob in the morning.

These two are in 1st and Noob -thinks- 4th respectively. Shockingly, Grenadine soccer isn’t abounding on the interblag. Finding quality football for Mondays isn’t the easiest! But now we know that country -has- a league. In fact, they even have pro-rel with a second one! 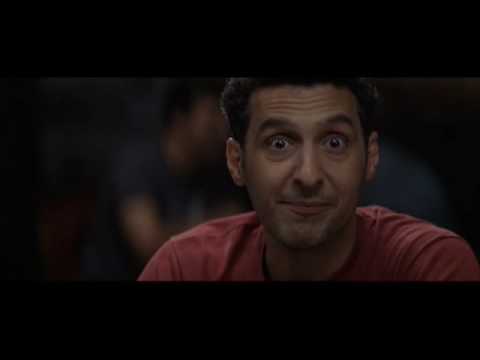