Since the FIFA World Cup is likely bringing fresh Noobite eyes to this humble site, allow Nob to explain:

On Mondays, world soccer schedules tend to be lighter than other times.  Stands to reason, given the weekend is heavy.  So the usual ‘ten most important matches to follow for us – the newish American fans of the global game – takes this turn:

A few top matches get featured, but we mostly embrace the suckitude, preview matches in which at least one club is in position to be Relegated to a lower league st season’s end.  Come, get to know some sad sack-squads before they fade away!

Welcome to Group G.  These two have been drawn with Belgium (the favorites) and Panama (very not favored).  This is the first match for these teams.  Reminder:  Round-robin in each Group, top two finishers advance.

The most likely drama in G is between these two for finishing behind Belgium and advancing to the Knockout Stage.  Tunisia is the top-ranked team out of Africa (FIFA #21).  England are tied for 12th with Denmark.

England have not won the World Cup since 1966, always seem to feel lots of pressure and then underperform in major tournaments.  This team isn’t as star-studded as some of the past, as they focus on a youth movement and defense.  What offense they do manage to produce will probably run through  Tottenham  Sir Toppem Hatt Hotspur star Harry Kane.  (Yes, Noob still loathes Hotspur — named for a historical traitor!)  Other star Marcus Rashford seems to be over his recent injury.

And there you have it, you’re water cooler chat-level mini-preview.  Be free!   Go search out more in-depth coverage should you desire, Noobites.  I’m doing so.   (2:00 PM Eastern, FS1)

The American FA Cup has reached its Round of 16.  Only one non-MLS team advanced this far, Sacramento Republic of the USL (and formerly NASL).

Here, we get two Western Conference clubs on the outside looking in right now for league postseason berths.  They’re in 7th and 9th place, respectively.  Dreaded Houston (down with cities built on swamps!) is much better than shown in the table so far though.  Mark Noob’s words:  They’ll not only make the playoffs, they’ll have home pitch advantage for at least one game.

Minnesota can’t score worth a lick.  They will be lambasted this Round of the Cup.

Number B enjoys the Cup matches as a cup, of sorts.

Noob’s exclusive coverage of the Isle of Sodor inaugural Cup returns!  Hello from the small village of Glennock, located well inland in the east-central portion of the country.  They are one of the four clubs to advance out of qualifiers that took place in the spring.  They will play in the third and bottom division of the Sodor football pyramid when everything launches this coming season.

The larger town of Knapford sends one of their two teams for battle today.  Talk Noob catches locally indicates J&S will probably be a lower midtable team in the coming Premier League.  They are the favorites to win Group F.

RESULT:   J&S   1-8     Kary Hanesworth scored for Glennock scored first, but after that it was all carnage

Belarus’ top league falls smack into the middle of UEFA’s associations rankings.  Usual powerhouse BATE Borisov have a wide lead built, given that they’re not halfway through their season.

The most likely club to possibly catch them appears to be #B Dinamo Minsk.  They’ve got the defense, but no one’s offense there measures up to BATE’s.  #4 Vitebsk isn’t many points further back, but they’re just not traditionally at the table’s top.

And now we embrace the suckitude with Relegation matches!

Noob likes the crest, even if it does look like could be a brand logo on ice cream or something.

Welcome back to the Track, Smolevichy!  They’re in an easier part of their schedule, as Noob recently featured them on a Monday playing another league bottom-feeder.

Talkin’ ‘bout you, Gomel.  Can’t score more than about a goal every three games on average, gonna get Relegated.  They’re in a three-way tie for the two Relegation spots now.  Still, this might be a gettable match for them.  Smolevichy plays small ball, so to speak, so this will be a low-scoring game.  First side to score – at all – wins.

Not-So-Fun Fact:  Gomel is close enough to Chernobyl that it was part of the radiation zone.  The population had been declining all the way until the early 2000’s.

My Scrabble dictionary just broke up with me for typing your club name.  Thanks, K.P.

The home side is tied for 10th, which would put them in a Playoff with a top second-division team trying to move up and usurp their place.  They also play so little defense, Noob’s not convinced they formally play a goalie.  Karagandy is in 8th.

Fun Fact:  Petropavl is named for the Christian apostles Peter and Paul

Fine, Noob will just rebound with a Bartlett’s Book of Quotations.

8th place hosts second-to-last in our one South American stop today.  IdV is only 8th, but Cuenca…. maybe they could pool their money with Karagandy above and split a goalie’s services.   (8:15 PM, GOL TV)

When Noob Tweets his regular announcement promoting the Track, if you don’t think I’m not hashtagging Notre Dame, you’re crazy.

The top tier league in Barbados just expanded this season from a ten-team, single group affair to a divided, two-“zone”, 12-team league.   Noobs Barbados source indicates that the bottom two teams in each Zone are below a line.  It seems doubtful they’re giving a third of the league The Boot, so more likely is that the four clubs will have a mini-tournament to determine which one or two move down

If Notre Dame can kick their offense up a notch, they may overtake one of the two teams just ahead of them.  That won’t happen today though.  BDF is the Zone 2 leader by a billion miles.  Noob would handicap this match by granting ND four goals.

Fun Fact:   Notre Dame play on the south side of the capital, Bridgetown – which used to be called The Town of St. Michael.  The area parish still carries that name. 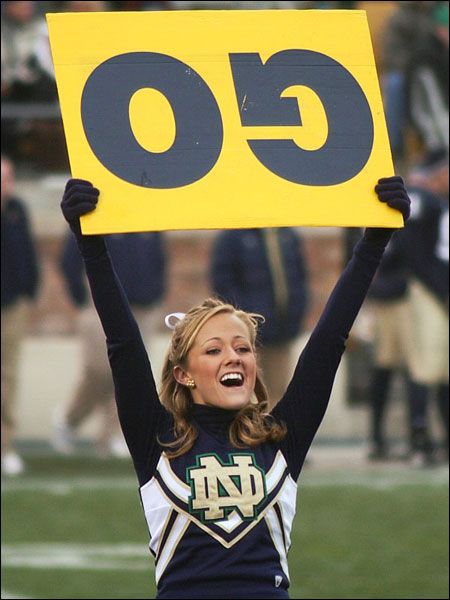 Right, what she said.  Signed.  Whatever.

This is to Mondays in a row, Zakho.  In last by six points, Noob suspects you’ll be here enough I have to charge you rent.  Worse luck, you play the #4 and best defensive team in the league today.  Good luck with that.

Fun Fact:   “Zakho” might well mean either “victory” or “river of blood”, either likely stemming from an ancient Roman-Persian battle there.

Hey, Noob’s featured the third tier TWICE.  This is a step up in, er, toward relevance.

This league is strange.  Other than second-place Norchi Dinamo, every team here looks about the same on offense, statistically.  Last-place Shukura, however, seemingly enjoys just watching balls flutter by into their goal.  Only one team gets Dropped from this league at season’s end, and Shukura look like it by a wide berth.  #1 WIT Georgia will get the road W, riding their supreme defense.

Fun Fact:   Shukura are based in Kobuleti, a seaside resort town that’s super-popular with Armenian tourists.

Were Noob not in Sodor, I’d be saying so long from Hotel Chveni Ezo in Kobleti.