The ten most important matches to follow for us – the newish American fans of the global game.  Noob’s mantra.  It’s mostly Cup action for the midweek, FIFA World and Isle of Sodor.

Noob’s on a whirlwind tour of Sodor, hustling from one village or town to the next each day for matches as I continue my seemingly exclusive online coverage.  To this end, I’m posting just the two feature matches for Tuesday from here in Glennock, even though the train ride to Crovan’s Gate for tomorrow’s key game isn’t long, even by Sodor standards.

Welcome to Group G.  All four teams here play their first match today.  Favorite Poland face off against Senegal.  #16 FIFA-ranked Colombia is likely to be the other one to advance.  Japan are just #61 in the world.

Colombia seem an interesting case.  In the last friendlies before a major event, teams begin letting their likely starters play together.  No more auditions, so to speak.  They actually beat France not long ago, but then only managed scoreless draws against Tunisia and Australia leading up to WC.

Lowly Japan actually managed a win against a decent non-Cup-Bound Paraguay side in their last match.  They haven’t tested themselves against the caliber of competition they’ll face here in Russia, and they didn’t perform well even against those teams by and large.

And there’s your water cooler chat-level mini-preview!   Now go, be free!  Dig deeper on the interwebs for more in-depth pre-game analysis.  Noob will.  But this is what we do here.   (8:00 AM Eastern, FS1)

RESULT:   Japan   1-2     But anything is possible when one team is down a man after just three minutes!   Colombia lost a man to a red card for a handball in the box.  Japan scored the ensuing penalty, gave up the lead, then reclaimed it in the second half.

Senegal also upset Poland 1-2 today in this Group, so it’s going to be a wild one! 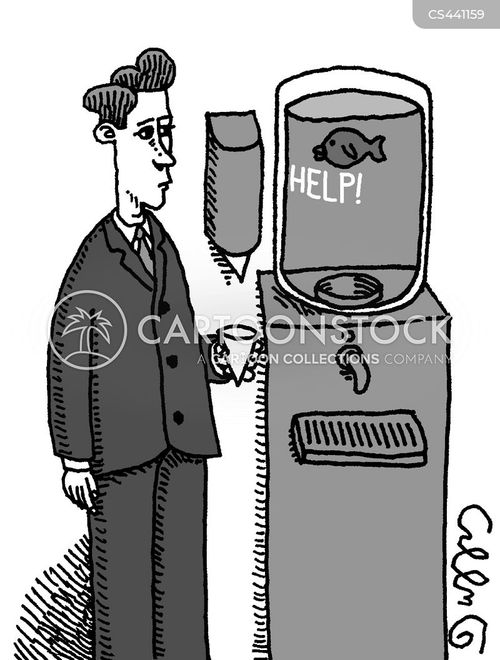 B.  Crovan’s Gate vs. Brendam United – Isle of Sodor Premier

Welcome back to Group A.  One of the event’s favorites – Brendam Utd. lost by a bad 0-3 margin, even if it was to fellow future IoS Premier Leaguers Tidmouth Works.  We’ll see if that was a wake-up call and they put a hurting on Crovan’s Gate.

CG only lost their first Cup match by two, but it was to Toryreck – a qualifier that will be in the bottom division when leagues’ officially form and kick off in a few months.  And CG gave up five goals.  They’ll be playing in the middle of three domestic divisions. Portugal and Spain played a match for the ages a few days ago, ending in a 3-3 draw.  Spain will be looking for three points here against the second-highest ranked Asian team (but FIFA-ranked just #37).  Iran got a surprising 1-0 win over Morocco.  Even a draw somehow today keeps them very much alive to advance.

This is an interesting matchup for a couple reasons style- and player-wise.   Diego Costa scored two goals for Spain against Portugal, but may not have room to operate against Iran – a tight defensively-oriented side.  A more creative player like Isco may be one to watch setting up unique opportunities in the front third.

Spain showed some defensive problems in that first match.  Some will argue that might help Iran.  But Iran is going to have trouble possessing the ball at all to try and score as Spain presses.

And there you have it, Noobites!  Water cooler chat-level mini-preview success.  Now go, be free!  Noob is out there reading more in-depth preview analysis and invites you to do likewise.   (2:00 PM, Fox)

The second four matches of the Round of 16 in America’s FA Cup are all today.  This is the one that features the only non-MLS side remaining.

Sacramento Republic are out of the second division-USL.  They finished 8th in the Western Conference last year, just making the playoffs.  This season, they’re in a surprising third place– despite some offensive trouble.

MLS-expansion LAFC is all the way up in 3rd as well in their West.    They struggle on defense, but score like it’s going out of style.  It’s unfortunate for Sacramento the draw for home pitch didn’t go their way.  This may not be competitive.  But everyone loves a Minnow (non-top division underdog), so Noob’ll be pulling for ‘em!

Hello from Barrow, England!  Look, Noob enjoys Vicarstown the town, but somehow being in Barrow just makes me feel more… real, somehow.  Grounded?  Maybe.  But I’ll be crossing the bridge from Cumbria to The Isle for this super duper Group H matchup!

Group favorite Peel scored a narrow victory over future-second division club Callan FC 2-1.  Now they hit the road to face Vicarstown, a team that is expected to finish at the bottom of the coming Premier League.  They were upset 1-2 at Elsbridge in their first match.

Given that the nature of football play on Sodor has been so loosely organized, it’s hard to handicap games here.  Things will be clearer after a couple years of formal league play, which starts in a few months.  They don’t formally gamble on Sodor, but Noob did throw down a few quid on V-town just because it’s home for them.  Another advantage to sleeping on the English side of Walney Channel.

RESULT:   Vicarstown   5-1          And just like an Iranian fan’s wallet did the fire-trick which he used to try and light a cigarette at his teams World Cup match against Argentina today, a women’s whole purse went up when in a similar incident outside the venue.  High drama!

This is the Second Round of Chile’s FA Cup, the stage at which the 16 Premier teams enter the competition.  O’Higgins is a midtable club from that league.

Colchagua plays in the Segunda Division – the third tier of football in Chile – where they are #B in the table.  These two are from the same geographic area and are very much rivals.   The first match of this two-legged tie ended in a 1-1 draw.  Expecting Colchagua to manage as much and more on the road today is a lot.  But here’s to hoping! 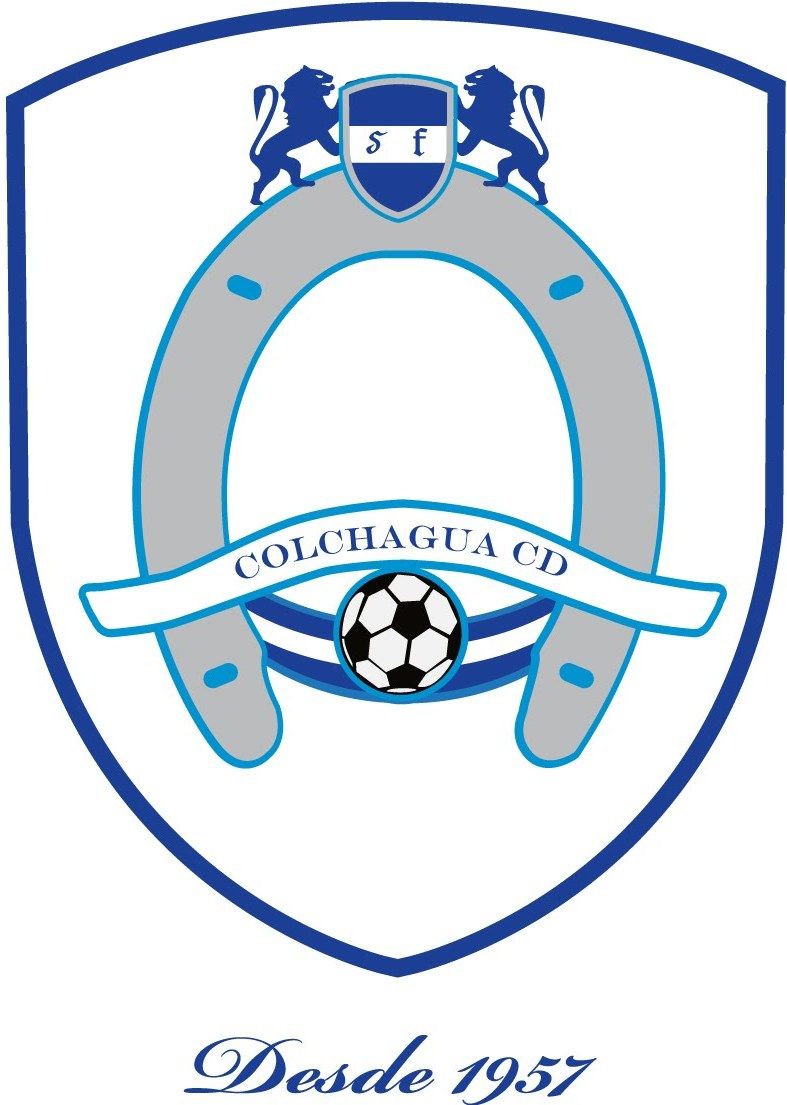 Don’t let the luck run out of that horseshoe, boys.

The Finnish top flight is the lowest-ranked of the Nordic domestic leagues.  But hey– they’re playing!

When Noob first scouted and selected this match, it was a mighty #B/#1 matchup.  Since then, RoPS have overtaken KuPS for Bth place (boy do the Finns love their alphabet soup).  No matter.  Everyone is chasing defending champs HJK again this season.

KuPS lead the league in offense, but barely over HJK – which has the far superior defense.   If the pace is hot, KuPS can win a shootout today in front of the home fans.

One of the bigger stories early on has been that Iceland managed a draw against Argentina in their first match.  The good news for Argentina:  They dominated Iceland statistically.  The bad news:  This continues a trend of not performing well in recent months against WC-level competition.  Friendlies are only that, but patterns are hard to ignore.  The #5-ranked team in the world should be doing better.

Croatia took care of business against Nigeria with a 2-0 win in their first game.  Any result here puts them in excellent position to advance.  Look for them to try and keep the game slow-paced.

Key players:  If you’re following football at all, you know Messi.  Even Noob and Noobites.  Veteran Luka Modric (who plays for Real Madrid) is the name to watch for with Croatia.  He plays midfield.

Additional note:  Croatia sent a team member home after he refused to come on as a sub in their first match.  Not the biggest controversy, but any distraction can obviously get magnified at World Cup.

RESULT:   Croatia   0-3    Argentina may be about to be out of contention to advance!   Modric salted this one away with a screamer from above the box to make it 0-2.

The first goal happened when back-up goalkeeper Cabellero failed to clear a back pass, instead lofting a little pass, basically, to an opposing player who howled it in. 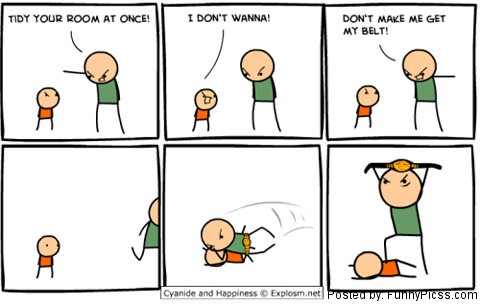 Noob hopes this is exactly how that played out.

Not to make it about Noob, but if you don’t think I’m not rooting for Ñublense forever and ever just because of their club name pronunciation, you’re cray-cray.

More, they stunned the famed powerhouse Primera club 2-0 in the first match of this two-legged tie!    The Longaniza Mecánica are currently in 4th place in the second-tier Primera B.  The other teams right around them look stronger there (they struggle a bit on offense), making their progress in the Copa all the more awesome.

Colo-Colo have also had problems scoring goals in league this season.  The defending champions are in just 6th.  Still, they’re in different leagues for a reason.  Colo-Colo will win at home today.  The question is simply will they win by enough to advance to the bracketed stage next.

Noob loves Norramby.  Reminds me of Bournemouth, which is a Noob-fave club.  Little resort town of sorts.  They’ll be playing in the inaugural second division of the three formally starting next year on Sodor.

Cablalnoo is a small village, pretty close to far larger Kirk Ronan.  They will play in the bottom division, played through qualifiers to get here.  They got a surprising 5-5 draw against their larger rivals in their first match!  Norramby played Dryaw to a scoreless draw.  They don’t play a lot of defense on Sodor, so this is the anti-double rainbow of footyball happenings here.

So, Group B is wide open.  Can little ‘Noo surprise with another result today?

RESULT:   Cabalnoo   5-10    A Sudric suprise for the soccer ages!   Norramby really need the two middle teams in Group B to have a draw in their upcoming match.