The world schedules are starting to heat up some with the advent of all the biggest European league here.

Still, Noob augments the ten most important matches to follow for us – the newish American fans of the global game – with Relegation Matches.

We’ll start with matches of happier import, then get to know some clubs facing the Relegation axe.

Both teams have started this season with a win, both against teams not expected to finish in the top half of the table.

For Liverpool, Mo Salah broke the league single-season scoring record last year.  And he waited only all of 19’ to get on the board this season.  They should be considered a full-goal favorite, even on the road today.

Time to start up the premier league of Spain!  These are last year’s #4 and #B clubs.  Atletico played the top defense last year, but also just won the UEFA Super Cup against Barcelona, 4-2.

Valencia finished just where they should’ve based on goal differential.   Their betters either scored a ton more or played much better defense. 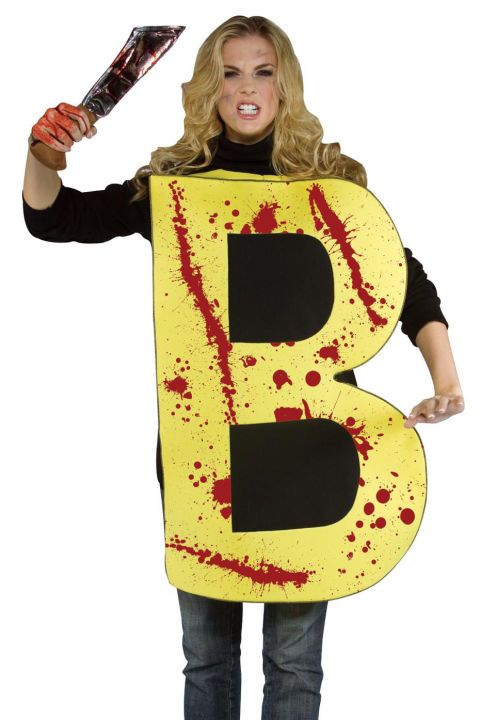 What the fruit, Number B?!

Watch out Number Two.  Your fate will be a bad one apparently.

When it’s the top two in a league, Noob’s always down to Track it.  Even when it’s just UEFA’s 33rd-ranked league.  Sheriff won the league by five points last year over Orhei and lead them by four points now – halfway through their season.

The Red Eagles play host today and that still doesn’t make them much more than an even match.  They only scored 2/3 as often as Sheriff.

We move just a touch further down the UEFA domestic league rankings to find Iceland’s – #39.

Briedablik lead the league in defense and in the table.  Valur are tied for #B, and have played on less match than peers Stjarnan.  They’re nearly as stingy in their own third, so this might not be the most exciting match to watch, but it is most Track-worthy.

Breidablik’s crest is an odd one — that’s the profile of a church, with a seal pup underneath.

And now, the Relegation Matches!

Near regular’s season’s end, this league will break into two division – Championship and Relegation.  Last year, these two were the bottom end of the better half.

In this young season, Aalborg are somehow 4-0-1 despite a 5-5 goals for/against – good for #B in the table for now.  Horsens are down in 12th with just one win so far.

Nearly a Relegation double feature of woe and tragedy!

Ceara were just promoted to top flite this season, are in second-to-last place now.  De Gama are tied for 16th, only above the Cutline by virtue of GD right now, and will be safer soon enough.  Ceara’s offense is a sorry sight. 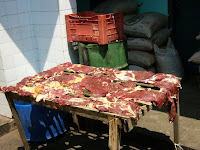 It’s dried outdoors and the fierce wind and sun dry the exterior in 2-4 days, leaving the steak strips interiors moist.

Ecuador’s top league uses a multiyear aggregate table to determine who gets The Boot at season’s end.  Two teams will go down, and Quayaquil have a lot of ground to make up if they want to avoid that fate.  El Nacional is a midtable team at best, so this might be one of G.C.’s rare opportunities to get a result.

Fun Fact:   Quayaquil City was originally named for River Plate, the Argentinian club which which they formerly were partnered.

And in-house prognosticator Noobstradamus has had a vision!

My dreams are vivid.  The sights, the sounds.  I walked in darkness towards the only distant light and the pulsating sounds of “Lookie Lookie” in the distance.  From one step to the next, I was inside, dancing hip to hip with Stella Mwangi herself at Pavement Night Club, Nairobi.  It’s a place I know well, being ancient and well-travelled.

She moved her body like a snake all around me, leaned in, and whispered sultrily in my ear, “Wazitohhhh”.

I whispered back, “Thanks for the tip.  Now take a hike.  It’s weird that you’re dancing to your own tune.”

Varnamo still holds down the bottom spot in Sweden’s second division league.  But they get rid of at least two annually, so let’s get to know the one just above.

*sneeze*  Whoops, Noob just scored a goal on Gefle.   It’s about that easy for everyone, and is why they are so far down the table.  Brage are 7th.  Noob thinks Gefle will earn a draw today.  Not that one is enough to lift them to safety in the standings.

We finish the Monday of Relegation with a trip to Estonia’s second division.   Noob adores Estonian football.  The league names have those sweet, mesmerizing double i’s that entrance me so.

Keila are in second-to-last, ghastly on both sides of the ball.

3rd-place Rakevere will be focused as they’re 10 points out of #B in the table.  That’s a slot that gets to play a low-rung top-division team for the right to play up there next year.  For Keila to finish within a goal of 3rd-place Rakvere would be a minor miracle, even in front of their own fans. 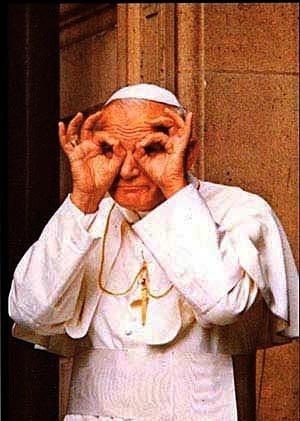 So long from Pope John Paul II and Noob, fellow fans of the double i’s!