For newer Noobites, especially those who have found Noob’s humble site since World Cup – welcome.  Here is what’s done here:

The backbone of the site is several posts of “the ten most important matches to follow for us – the newish American fans of the global game” each week.

Mondays, league schedules worldwide tend to run a little lighter.  So we take the opportunity to embrace the suckitude that is Monday, turn it around and (sort of!) celebrate teams at the bottoms of their standings.

So!  Let’s go to know some of these adorable tubs o’ puddin’ before they’re sent down to lower leagues, perhaps never to be seen again.

5th-place hosts last in Brazil’s top flight.   A whopping four teams get Relegated to Serie B at season’s end.  Ceara’s defense isn’t much worse than average, but they’ve got to score more (eight goals in 13 matches) if they’re going to get above the cut.

Fun Fact:  Ceara are nicknamed “Big Grandpa” as a club, after an early coach of theirs who referred to himself as Grandfather.

B.  Hammarby vs. Dalkurd – Sweden Allsvenskan

Here at #B, this is #B hosting the second-to-last place Swedish team.  And two will get The Boot down to the Superettan.  Looking for this one to be a shootout.  Hammarby sacrifice a little defense in service to their league-leading offense.  Dalkurd can score as well as anyone in the table’s bottom half at least.

Scary Fact:    Dalkurd made a last-minute change to reschedule an international flight on which they were booked in 2015.  That plane crashed in the Alps, killing all on board.

Keflavik are going to be part in last so long, they’re going to grow roots there.  They have three points in the table, eight points behind the next club.  7th-place Grindavik are that many points out of 1st.  These are the two worst offenses in the league.  Enjoy, season ticket-holders!

Fun Fact:  The only valid word that can be made in Scrabble using the consonants in KEFLAVIK is FOLKLIVES.  OK, so maybe Noob defines “fun” differently than some.

In the First Stage (first half-season) of the 2017-18 campaign, these two allowed the same number of goals (15).  What’s the difference between 3rd and second-to-last place in the table?  Goals scored: 40-15.

It looks like five of the clubs will achieve some separation before too long, so that would leave just one slot for the also-rans in the Championship Playoff.  Metallurg hold that slot, proving you don’t have to score a ton to achieve a little success.  Still, 10th-place AGMK look too challenged in that department to make a push.  Buxoro are in 5th.

Fun Fact:  AGMK are nicknamed “The Metallurgists” despite there being a club named Metallurg in the league.

Two clubs will get run out of this top league, rated 13th in Asia.  Kelantan are tied for last place.  Both they and Negeri Sembilan have more than a little work to do to climb out of that hole.  Today’s visitors are the only ones in the league who don’t average even a goal per game.  Their hosts are in 6th.

Fun Fact:  Kelantan are nicknamed both “The Red Warriors” and “The Golden Deers”.

We move now into the lower half of Asia’s leagues (27th).   Three of the 18 clubs will get Relegated from this one.  PSMS are in second-to-last.  The table is tight, so there’s hope for these guys.  Well, not today.  Makassar are In 1st.  A draw would be a major achievement for PSMS today, even at home.

Fun Fact:  PSMS earned (or gave themselves?) the nickname “Killers” during their modest international successes of the 1950’s.

Cong An Nhan Dan have the league’s worst offense.  Still, they’re just three points out of second-to-last place, and only one club gets Relegated.  Ha Noi II are in 4th.  They are a reserves club of a V.League 1 club, and so are ineligible to be promoted. 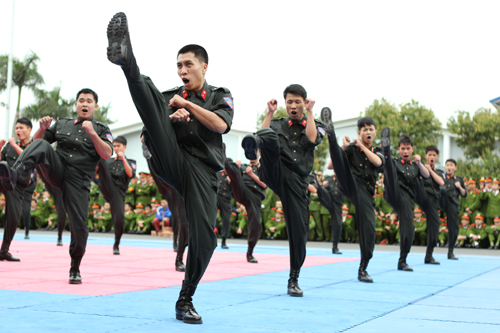 Fun Fact:  Cong An Nhan Dan were established as the Police-sponsored team in 2008.

This league is divided into two Groups, out of which two will be cut from each.  Group A doesn’t seem to prize defense much, all the way up and down the table.  And still last-place Remo can’t score much.  Confianca are in 5th, one spot in the table out of making the Championship Round at regular season’s end.

Fun Fact:  Remo are from Belem, the capital of the state of Para.

Are you ready for fourth-tier Chilean football coverage?  Noob thinks you are not.  Hey, they’re playing.  This is top level for Chilean Youth League teams.  Noob’s not certain if all the clubs are kiddies or just some.

Two teams will get moved down to Tercera B automatically, and at least one more club will as well, following a Relegation Playout.  One team in the table is listed with no record, so they’ve apparently ceased operations for the season.

Next up is Escuela Macul.  Defense in particular is their bugaboo.  Their visitors today are in 5th, yet Noob gives Macul a fighting chance.  de Buin’s defense is terrible for a top-half club.

So long from the Vasquez Palace, Macul, Greater Santiago!