With the biggest European leagues sorting themselves out at the tops of their tables now, it feels more appropriate than ever to be spending a Monday focused on teams at the opposite ends.

Share these teams’ burdens, embrace their pain and desperation!  Get to know them before they disappear like farts in the wind.

Stoke occupy the second-to-last spot in the table, six points from being above the Relegation line.  The worst defense in the league likely leads them down to the second-tier Championship league next season.

West Ham are 15th, so this is as close to a gettable road win chance for Stroke as can be asked.  Their defense is nearly as shoddy, though they score more to make up for it.

Fun Fact:  Stoke used to have a supporter club called “The Naughty Forty”, one of the worst-behaved in England.

Stoke City manager soothes sad player by petting back of his head.

Mainz are in 16th – third-to-last in the table.   This would put them in position to face the 3rd-place 2. Bundesliga team at season’s end for the right to stay in the top tier.  They’re five points ahead of the next club down, so could be starting to at least feel safe from getting auto-demoted.

Freiberg are a spot and three points higher in the table.   They’re not as good as Mainz for scoring goals.  Noob likes the home side to win today and avoid the Relegation issue entirely, pushing Freiberg down into the possible Drop Zone.

Fun Fact:  One of Mainz’s nicknames is “The Carnival Club”. 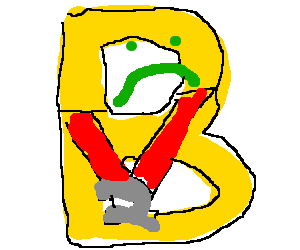 And get it together.  You look awful today.   That’s said with love.

Bray, are you even trying this season?  Noob would say “no”, but you have managed one draw so far.  South Dublin’s midtable Rovers should roll over them.

Fun Fact:  Bray was formed when some players left over a dispute in the ’20s with a club called “St. Kevin’s Gaelic”.

Europe’s 10th-best league has the most dramatic, four-way race going at the top.   Things at the bottom are tense as well.  Karabukpor are going down.  Beyond them, the next seven teams in the league are separated by just seven points.

Second-to-last-place Osmanlispor struggle enough on both sides of the ball that it feels unlikely they can climb out of Relegation.  The only advantage they have over 5th-place their guests today is that Trabz are too far out of 4th to make even Europa League.  They’re just not playing for anything.

Bottom two get the heave-ho here.  Platanias are already mathematically out.  Kerkyra are next up.  At least they’re only four behind the next two teams.

The bad news for them is they travel to the 3rd-place team today.   Olynpiacos are just a point out of #B and a Champions League berth.  (And they’d be there already if not for having been docked points in the table for exceedingly nawtee fan behavior.

Denmark’s top league have divided now into a championship subdivision and two four-team Relegation groups.  The bottom two in each group of four will play in a Relegation Playout with each other.

Silkeborg have the best chance of climbing out of that Playout, but are seven points behind next-up Hobro.  That best chance isn’t much of one, especially considering their sieve-like defense.

Fun Fact:  Hjejlen is the world’s oldest steamboat and still tours off Silkeborg.

Cyrpus’ league also divides late in the year.   But the bottom two teams don’t get a chance to save their seasons by participating in the Relegation subdivision.  They’re just Booted.

The next six up from the bottom do get that chance.  One will be demoted from there.  Neither of these teams is really in any danger, truth be told.  Oroklinis are 12 points better than the last-place team here, and Aradippou are higher still.

Full disclosure:  Noob’s not 100% certain any team is getting demoted out of this league this season.  But if there is one, Guayaquil hold the distinction early.  They’re the league’s one remaining winless club.  That’s unlikely to change against the league’s #1 today.

Fun Fact:  The club was, in part, started in partnership with Argentina’s River Plate club.

Rice with lentils and grilled a beef – a specifically Guayquilian dish

Al Nasr, we hardly knew ye.  The bottom three get demoted from this league, and today’s hosts are too far gone to recover.

But there is hope for second-to-last place Al Raja.  They are just five points from daylight.  They can’t score to save their lives typically, but having something to play for should make the difference.  Noobstradamus senses this will be a weird 1-2 match, with two own-goals involved.

Groups of four have been dueling in Asia’s CL.   The top two from each advance to the next round.

UAE’s Al-Ain lead the Qatari by a point in the table for the #B spot, so it’s win or go home for Al-Rayyan.  To give a comparative idea, Noobites, Al-Rayyan would compete for a conference title in MLS.  Al-Ain would win one, if not necessarily run completely away with it.