Plucking the most important weekend games out of a teeming sea of soccer goodness is a real challenge!  Noob’s holiday season format makes it no easier, as we’re Tracking ten total for the weekend instead of ten for each day.

But what a 10 they are, championships galore!

It’s the Final of the World Club Championship!

Noob’s mentioned before that this tournament is not held in quite as high of esteem as in South America.  But now that there’s hardware on the line, Real Madrid will come loaded for bear.  Brazilian, Gremio-y bear.  The Spanish side has to be favored by a goal or two even at neutral U.A.E. site. South American bear with a genetic defect making it hairless.  Can we get that on a crest, por favor?

Nothing makes Noob’s weekend more than a chance to watch Tottenham get knocked on their tuchises.   The team named after traitor Harry Hotspur Percy travels to undisputed league #1.  There will be joy!

Hotspur’s in a three-way tie for 4th place and the league’s final 2018 Champions League berth.  If all goes well, they’ll be down to 7th before Sunday dinner.

RESULT:   Man City   4-1      Noobstradamus was a little off on his prediction, but any Hotspur loss a proper result.

Noobstradamus may or may not be hitting the Xmas nog early, but I’m prognosticating this one Man City 37-0.

Bayern Munich may be running away from this league, but Schalke is on fire!   They’ve not lost in 11 consecutive matches and have climbed to #2.

Autumn was more like that for #7 Frankfurt, but they’ve lost to Bayern and 4th-place Bayer Leverkusen recently.

The Emirates, really Noob?   Yup!   These two are tied for 1st with identical records.   I cannot resist!

From the perspective of the new-ish American fan, as is part of Noob’s mission statement, maybe this league doesn’t fit.   But I get to define the parameters on my site.   Benevolent dictatorship for all!

(All hail, Dan the Intern-o Inferno!  You are forgiven your midweek slackness.)

At time of posting, these two are parts of a three-way tie for 2nd!  They’re all nine points down to Paris Saint-Germaine in the table.

Who wants to be in the driver’s seat for the best longshot at catching PSG?   Perhaps more importantly, who will end up outside looking in for the league’s third and final 2018 Champions League slot.   Lyon has the offense to take care of business at home, and they’re goalkeeping’s just as good as their guest’s.

One final reminder:  association of eastern and central African countries, plus whomever they felt like inviting.

This is the event Final, a one-off match in Rwanda.  Noob’s been intrigued with Zanzibar, since they’re actually part of Tanzania (which fielded its own team).  They’ve got offense, but Kenya hasn’t allowed a non-penalty goal the entire tournament. It’s Finals time all over the place in South and Central America!  Like so many countries in these regions, their league season is divided into two parts, Apertura (first half) and Clausura (second half).  This marks the end of their Clausura postseason tournament.

Millonairos didn’t even qualify to play in the Apertura postseason, and Santa Fe wasn’t way up the table, either, so this has been a sparkling turnaround for both sides.  This time, the hosts finished 2nd in the table, and today’s guests 4th.   Millonairos won the first leg (match) of the tie (two-game series) 1-0.  This one’s going down to penalty kicks, Noobites.

RESULT:   Millonarios   2-2    I should leave the prognosticating to Noobstradamus.  Millonarios kept pace and won the two-legged tie in regulation time, aggregate 2-3.

In Ecuador, they call the season’s divisions simply First and Second Stage.  The winners of each face off in a two-legged tie for the overall league championship.  That’s this!

Emelec won the first match 4-2, a huge margin.  But by getting themselves those two goals, they win on the away-goals tiebreaker should they manage win this game 2-0 or 3-1.  Emelec’s going to kick the ball really, really high and far a lot this match, keep the score down. 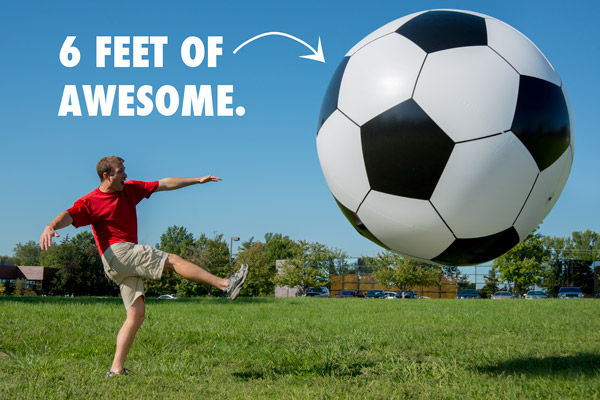 No, Emelec, you have to use a regulation ball.

This is an overall championship Final as well!   Monagas won the Apertura, and Lara the Clausura.  En route to their Clausura win, Lara beat Monagas 3-1.  And then in the first leg of this Final, they defeated them again, 0-1.  Can Monagas rediscover their mojo for a comeback title?

This Apertura Final appears to be a one-off match.  It’s at the national stadium in San Salvador, not home to either or any league club.

These two finished #1 and #2 in league.  But don’t be fooled by the closeness in ordinal rank.  Alianza destroyed this league, winning by nine points in just 20 matches.