Tuesday!   The league play is a little lighter, but the international and Cup play make up for it.   Let’s hit our daily ten best matches for the new-ish American soccer player like Bijou Phillips assaults fat male bi actors.  So hard.

Amuricuh plays its first match since failing to qualify for World Cup.  Bruce Arena is out as head coach, Dave Sarachan is in holding the interim title.  Nice of them to at least serve as sparring partner for FIFA 3rd-ranked Portugal.   RESULT:   1-1

Dave Sarachan: Making sure the players know he wants to be at Denny’s by 4:00pm.

B.  Ireland vs. Denmark – UEFA WCQ

Slight underdog Ireland brought a 0-0 draw home.  Any draw here other than 0-0 and Denmark advances to World Cup on away-goals tiebreaker.  Ireland should defend well at home, but they’ve got to find the back of the net sometime.   Ireland starting the scoring at 6′.  And then all Danish hell broke loose.   RESULT:   Denmark   1-5 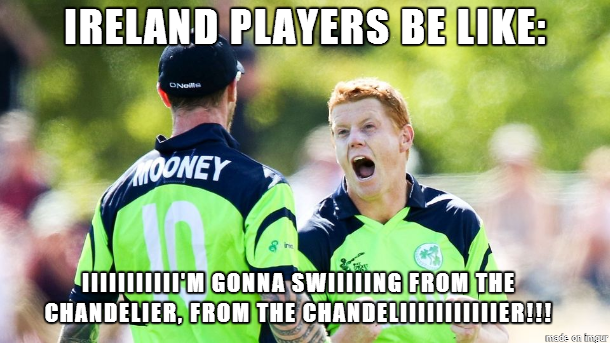 I sense one of my history teachers rolling over in his grave.  Friendly?   RESULT:   2-2

The First Round Proper of the most important Cup tournament in England continues!  If it seems like we’ve been here a while, it’s because of the format.   It’s a straight knockout competition, but if there’s a draw, they don’t go to penalty kicks.  Instead, they replay the match at the site of the first match-away team.

And so it is with these next three matches.   These two went scoreless the first time around, so now they’ll do it again but at Accrington.  This pits a very good League Two (tier four) side against a struggling National League (tier five) squad.   Minor upset!   RESULT:   Guiseley   1-1 /   3-4 pk

These two drew 1-1 in County Surrey their first try.  Now fifth-tear Woking has to try and get through at Bury.   Bury’s struggled this year, but they play two leagues higher.   They were woke.   RESULT:   Working   0-3

These two both play in the third-tier League One, but they’re at opposite ends of standings there.  They played to a scoreless draw a few days ago.   RESULT:   Scunthorpe   1-0 The battle for the confederation title continues!   The Group Stage has groups of four vying for two Asian Cup berths each.  Turkmenistan is behind Bahrain by only GD for 1st, and Taiwan trails them both by just a point.  They carry FIFA rankings of #114 and #143 respectively.   Taiwan is eliminated, while victors qualify for Cup!   RESULT:   Turkmenistan   3-1

These two are tied for 2nd, down two points to Philippines.  Tajikistan likes to play a wide open game, just the opposite of the Yemeni.   Yemeni style took over.   1st place Philippines also drew, so status quo unchanged.   RESULT:   0-0

Why, is it trying to call collect?

Jordan is in 1st with two matches to go, but tied on points with Vietnam.  Cambodia is nearly eliminated at five points behind them.   Cambodia has only scored to goals to 14 against them, yet actually has a win in this Group.   Vietnam also qualified for Cup with their draw today.   RESULT:   Jordan   0-1

It’s the Round of 16.  Gorica’s a very good second tier team in this country, but Rijeka is one of just two or three teams that are flat out good.  They’re 3rd place in the top tier.   RESULT:   Rijeka   0-3

Danny, methinks you and bride Bijou might get to star in the real life “Orange is the New Black”.