UEFA Champions League returns!   We’re still in the Group Stage.  32 have been divided into eight pods of four each.  They’ll each play the others in the pod home and away.  They’re only two matches in so far.  The top two finishers in each Group will move on to the next Stage.  The 3rd place finishers will get transferred down to Europa League.

All the teams in four of the Groups are in action today.  Noob has picked out the better game from each of the two in each group -always 1st playing 2nd or 3rd.

Group H – this one is likely called the “Group of Death” across the pond, as it includes these two powerhouses plus German Bundesliga current 1st place side Borussia Dortmund.   Here, the defending champion gets nasty Tottenham, reviled by Noob.  Named for a traitor they are!  A pox on them!   Red cards and stubbed toes and bruised shins for them all!!   Dortmond only managed a draw at APOEL Nicocisa out of Cyprus in this Group’s other match.  RM and TH are now tied for 1st and waaay ahead.   RESULT:   1-1 By one source Noob uses frequently, these two are dead evenly-matched.  I rarely list where games can be watched, but ESPN Deportes will carry this one.  Noob may well find a seat at a sports bar somewhere.  Wear a shirt or some such identifying yourself as “Noobite” and should I see you out and about, drinks are on me.   Ukraine’s Donetsk went on the road and handled Netherland’s Feyenoord, so Napoli drops to 3rd place.   RESULT:   Man City   2-1

Les Rouges et Blancs are already way behind 1st place Paris Saint-Germain in French Ligue 1.  Noob suspects they’ll be riled up as can be and put a hurting on the Turkish side.   Noob doesn’t know which is more incredible – that Besiktas is in 1st by enough that they now can’t even do worse than 3rd place with -three- games left, or that AS Monaco sits in last place.   RESULT:   Besiktas   1-2

Sneaky-good match of the day!   Both are only in 5th place in their respective leagues.  Sevilla’s better on paper, but Russian sides have been doing quite well internationally of late.   There was nothing sneaky about this blowout.  Spartak Moscow moves into 2nd, Sevilla is down to 3rd.   RESULT:   Spartak   5-1 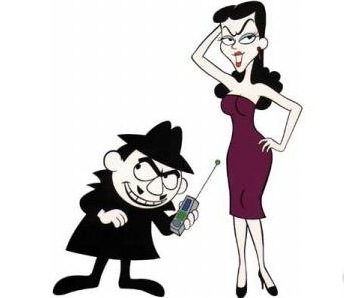 We’re back in the Americas!   9th hosts 6th here as everyone in the league chases undefeated Monterrey.   RESULT:   Morelia   0-1

And away again!  This is the second leg of a semifinal.  Saudi Arabian Al Hilal obliterated Noob’s pick of Perspolis in the first match, 4-0.   In fact, I now see that Al Hilal has only lost once to this club in the least seven tries.   The Saudis advance to the final!  They will face either Shanghai SIPG or Noob fave Japanese Urawa Red Diamonds.   RESULT:   2-2

“The Burning and Looting of Persepolis (2)”.  Fellas, it’s just football.

Frequent flier mileage buildup today is in full swing.  3rd hosts 2nd place here.   Alianza is running away with the regular season so far, but eight of the 12 teams will make the league postseason.  This match is about seeding.   RESULT:   Metapan   1-0

This is only the Second Round (round of 16), yet two of the Premier League heavyweights are already facing off.   This tournament doesn’t do two-legged ties.  One game, win or go home.   RESULT:   Crusaders   3-2

Underdog time!   This event has reached its Quarterfinals.  Mura qualified through a regional tournament last year.  They also finished high enough in their -third- tier league to move up to second, where they’re doing ok.  They are based out of the town Murska Sobota, which has maybe all of 12,000 people.  Celje is a top flight league member.   This result was black and white.   Mura leaves black and blue.   RESULT:   Celje   4-0

Maybe the entirety of Slovenia is in black and white.  Noob’s never been.

Second round, 16 teams remain.   This is the first leg of one of the only ties between two Premier teams.   Lushjna needs to make some hay at home here.  They’re last place in their league, so it’s hard to see them doing much against even middling-Laci.   RESULT:   now slated for 11/29

Just when Noob thinks he’s seen the worst crest ever, another one “raises” the bar.