English Premier League Mike Dean is quite likely the most flamboyant referee in the history of soccer.   In Manchester City’s 6-0 defeat of Chelsea this weekend, Dean’s usual flair was again on display. 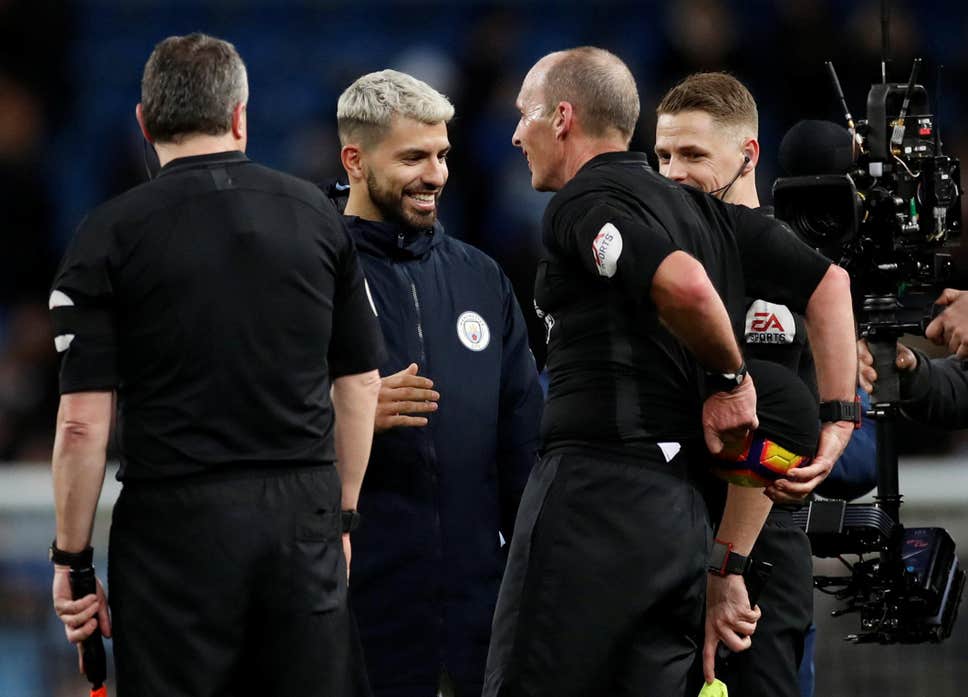 In addition to his strange positions and dramatic gestures, he even stuffed the  game ball under his shirt to hide it from Sergio Aguero (who’d had a hat trick).

Between fixtures, Dean often heads to Barrow and then across the Walney Channel to Vicarstown, Sodor!  Noob’s picking up on all manner of fun things now that I’m living on the Isle more or less full-time.  I caught up with Mr. Dean at local drinking house “The Furnace” for a rare interview…that didn’t go where Noob thought it would.

(And here’s the dreamteamfc article if you need confirmation about the reveal shortly.)

Aaaaand that’s when Mike Dean punched me in the face, signaling the end of the interview.  And you know what?  Good on him.   That sock hop was beneath him.

Join Noob next time as I try to get MLS Referee of the Year Alan Kelley mad  enough to puncture my spleen by showing him my Dundalk jersey and telling him his former team Cork City of stinks.

(If you enjoyed this interview, may I humbly recommend the offerings on my  D2 Interviews Page.  And Noob is available to write all manner of craziness for your soccer site, or for other sports or any topic at all!)