Noob is truly doing the Lord’s work.  It had to be said.   The “ten most important matches to follow for us – the newish American fans of the global game” – skyrockets to brave new heights starting today.

Yes, of course Noob will give you FIFA World Cup preview.  MLS, NWSL, UEFA leagues, scoops from around the entire globe.  But try and find IOSFA coverage elsewhere.  I’ll wait.  —    Now, ogle and delight through to #10 for the awesomeness.

You’re not crazy, Noobites.  Or at least thinking these two just played isn’t the proof.  Noob’s not a doctor, nor does he play one on the interwebs.   #1 USA beat #17 China 1-0.   It’s a long way to fly, obviously, so the gals are making it worth their while with more footyball.   (7:00 PM Eastern, ESPN2)

You keep on doin’ YOU, ‘Muricuh!

Ireland has just two matches left to play here in the Group Stage.  They’re in 3rd in this pod, are just far enough back that they can no longer finish in first.  That’s the only way to qualify from this stage.  But the could still overtake #B Norway.  They’re just points behind, but Norway has played one less game to date.

Number B displays his affinity for Lapland-y-ness

Now you really might be thinking you’re loco en la cabeza.  And yet the jury is still out.  Yes, these two just played a few days ago, too.  JDT is still #1, Pahang still #B.  The league leaders won 1-0.

At their own house will be Pahang’s best chance to start making up the eight points in the table by which they trail.   But defense remains their bugaboo, while Johor’s leads the league.

The top three in the Eastern Conference are starting to separate themselves a wee bit from the rest of the pack.  With a decisive home win tonight, Columbus could jump right over NYCFC and 1st-place Atlanta (by tiebreaker).

The Crew have earned four consecutive draws, seeming to play up or down to the level of their competition of late.  Atlanta’s been surviving a tough stretch of schedule the last three weeks with understandably mixed results.   Noob thinks ATL can pull off the road victory if Miguel Almiron has a day.  He’s one of the best midfielders in the league.   (7:30 PM, ESPN+, Fox Sports South)

And quite the Casanova.

This preview is undone.  Noob hates anything labeled “Real”/”royal” in Muricuh.  Instead of his usual rant here, he spent this portion of writing time hurling tea bags into a local river.  He then performed an old school Nestea plunge off a dock.

He was promptly arrested for drunk and disorderly, plus littering.  But Noob’s capable of such shenanigans totally sober; they had to release him in short order (after paying a fine regarding the tea bags)

Thank you for your attention and patronage.  —  The Management

The second leg of the Apertura (first half-season) Final!  Zamora finished #B in the regular season to Mineros’ 4th.  They also earned a draw in the first leg, 1-1.  These are two similar and very evenly-matched teams.  Have to think advantage Zamora since they can close out on their home pitch.   (7:00 PM, GOL TV)

The first leg of the Promotion Playoff final!  The top two from Spain’s second-tier league are being automatically promoted to La Liga.  3rd-6th place clubs have been playing to determine who the third and final team to move up will be.

These two finished 6th and 5th in the regular season.  Numancia is the far more defensive-minded squad, will look to keep things slowly-paced at their own stadium before having to go to Valladoid.  Valladoid…

Last time we Tracked Valladoid – at the Copa del Rey – Noob made a pass and Valladoid didn’t even remember me from the previous round.  Security had to get involved as Noob wore his heart on his sleeve and made a champagne-fueled scene in front of everyone.  This time, Noob can play it cool.  Oh look, here Valladoid comes….

“Hi, Valladoid, nice to see you.  How —  oh, just going to walk on by like I don’t even exist?  Like the Copa del Rey thing was that big a deal.  Fine, don’t say anything to Noob!  *downs a whiskey sour, and another off a startled passer-by*    Know what?  You look like a strumpet, Valladoid!  Oh crap.  Those security are strong and unsympathetic.  Run away!”

The setup is the same in Italy as in Spain for promotion to the top flight, except that 3rd–8th play in these Playoffs.  Unlike in Spain, the 3rd and 4th place teams have advanced to this Final.  This is the first leg.  Palermo is the more defensive group, if not to the degree of Numancia. 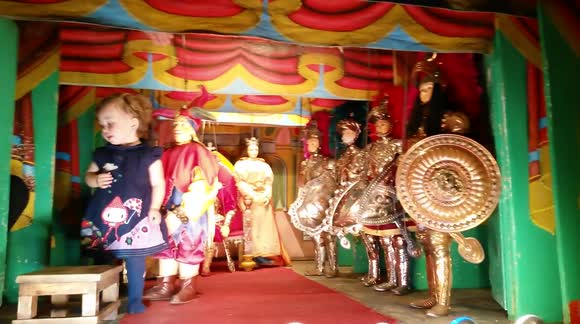 When Palermo supporters lose it with their team, they can take part in creepy puppet theater  (Guess which one’s not the puppet.)

Let’s talk shop, Noobites.   You can get incredibly deep and well-done previews of matches and Groups countless places online.  Noob has named himself as such for a reason.  We’re learning together.  What I’ll provide are some basics to get us through “water cooler”-level Cup convos.

So let it begin!  Eight Groups of four.  Top two finishers from each advance to the Knockout Round.  The host country gets the honor of playing the first match and the only one of the day.  (In fact, some teams won’t play their first match for a week.)

Russia isn’t a very strong group this cycle, ranked just 70th by FIFA.  They’ve not won in their last seven friendlies, though the competition as for the most part been very strong.  At least this match should be gettable for them though.

Saudi Arabia is ranked barely better at #67.  They have a heap of trouble scoring.

Getting a win and the three points here is vital for both teams.  Uruguay and Egypt are the favorites to advance out of Group A.   (11:00 AM, Fox)

These biggest little leagues near England have been ignored far too long   They may be tiny and they may not be FIFA, but they’re PLAYING.

Noob is proud to bring you what is probably exclusive coverage of the Isle of Sodor FA Cup!

Soon, Noob will have a feature page here for the Cup and all three divisions of IOSFA league play – Premier, II and III.

Just as FIFA World Cup is just starting its Knockout Round of 32 teams, so is Sodor Cup.  The 28 teams in the top two league divisions automatically qualify for this stage.  The 16 teams of Division III had a qualifying mini-tournament to determine which got the final four berths.

Brendam Utd. combined a top-three offense with a mediocre defense to become champions.  In truth, none of the teams anywhere on Sodor work too hard on defense.  A mediocre D is darn good here.

Tidmouth City couldn’t have stopped an Isle of Man youth team from scoring early and often in all but the latest matches of the league season.  A starting backline shuffle-up and change at goalie helped shore things up though, gives them and their supporters hope here in the group stage.  They should be able to finish in the top two in Group A, advance to the Knockout. And so, so long from the Isle of Sodor!